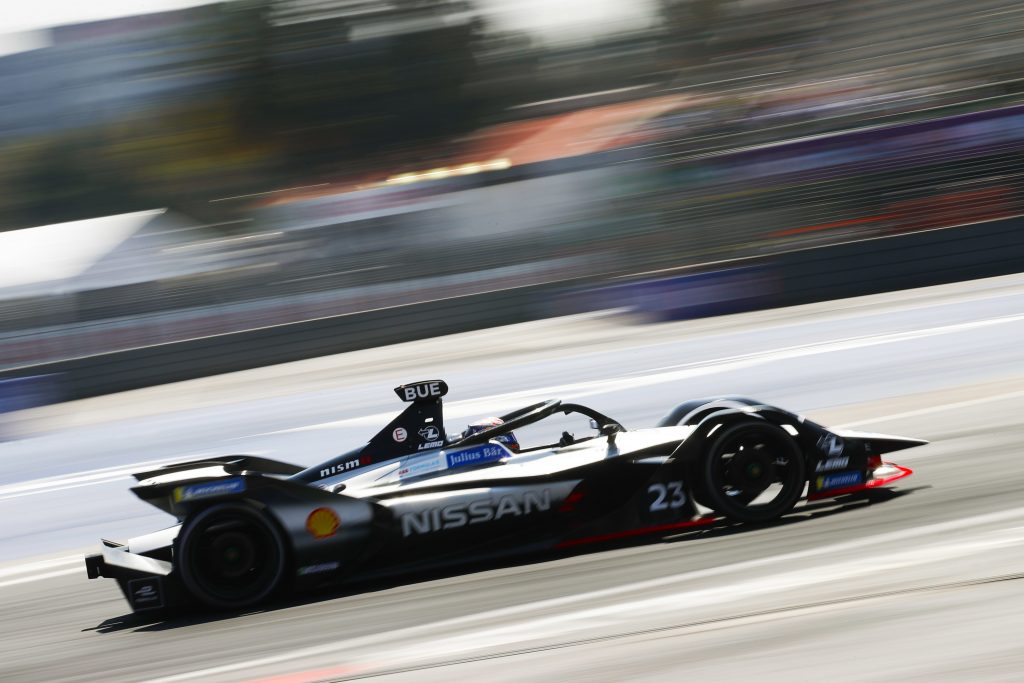 Sanya ePrix – Sebastien Buemi believes that Nissan’s level of performance is yet to be reflected in their results, with the team yet to podium in season five.

The season two champion is optimistic that this weekend’s Sanya ePrix can be the turning point in an underwhelming first season for the Nissan e.dams team.

Officially taking over from the successful Renault e.dams outfit, the Nissan e.dams team were expected to hit the ground running, but results are yet to arrive, with the team taking a best race finish of sixth and seventh place in the season-opener.

Buemi took pole position for the Santiago ePrix, but crashed out from the lead when under pressure from Virgin Racing’s Sam Bird, whilst team-mate Oliver Rowland has shown podium pace in the last couple of races before being undone by team and driver errors.

Speaking ahead of the Sanya ePrix, Buemi said that he’s targeting becoming the sixth different winner from the first six Formula E races this season.

“The Nissan e.dams car has shown great speed in the past three races, but the results we’ve been chasing haven’t come yet,” said Buemi.

“We have no choice but to keep working as hard as we can. There’s no point in us looking back and wondering, ‘what if.’

Rowland added that he was buoyed by his pace in the last couple of races, and believes that a brand new track couple bring him an advantage:

“After the past two races, I certainly feel like I belong in this championship. I may be a rookie, but the speed is there. Now, I want to reward Nissan e.dams’ faith in me by bringing home a result.

“This weekend will be a little more of a level playing field for me, as this will be a brand-new track for everyone in the championship.