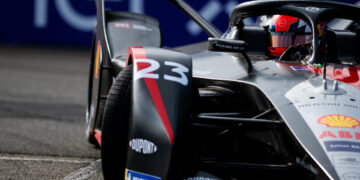 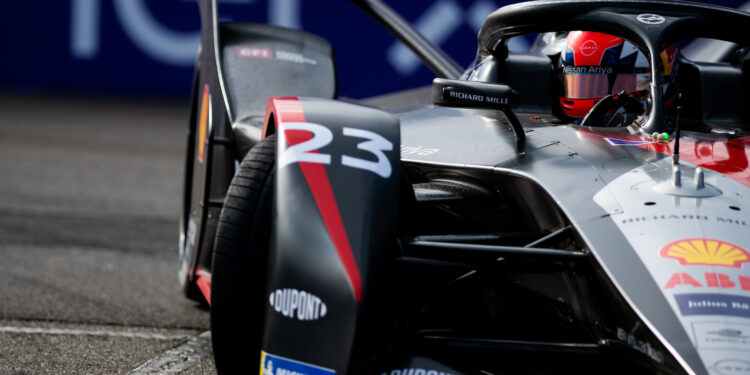 New York City E-Prix 1 – Sebastien Buemi put Nissan e.dams at the top of the timesheets after posting the fastest practice time ahead of the first NYC race.

After heavy overnight rain, the Brooklyn track was slightly damp in patches for both practice sessions and where it wasn’t wet, the circuit was dusty. Buemi’s 1:09.386 was the first lap set with full power and was good enough to hold the top spot for the remainder of the session. BMW i Andretti’s Maximilian Guenther got closest, his lap just 0.031 seconds slower.

Click here to see the times from both sessions.

Third was Pascal Wehrlein, 0.057 seconds off the Nissan’s pace. The Porsche driver had no luck at the last race weekend in Puebla, taking the chequered flag in podium positions in both races but disqualifications and time penalties saw him lose both and miss out on 31 points.

The most recent race winner, Edoardo Mortara, was the quicker of the Rokit Venturi cars, just under a tenth off Buemi’s time while Norman Nato slotted in fifth, behind his teammate, with a 1:09.576.

Sixth was Nyck de Vries, 0.228 seconds off the best time while teammate Stoffel Vandoorne was two hundredths further back in eighth. The two Mercedes EQ cars were separated by Oliver Rowland, who posted the seventh best time.

Jean-Eric Vergne was the best of the DS Techeetahs posting a 1:09.709 for ninth while Andre Lotterer rounded out the top ten in the second Tag Heuer Porsche.

Fastest driver in the opening practice was Envision Virgin’s Robin Frijns but that session came to a premature end when Sam Bird made a mistake and buried his car in the wall at T14. Despite the damage looking to have mainly been done to the nose and right wheel, a chassis change was required and so the Jaguar driver missed FP2 while the work was being done.

As the red flag came out with just less than 15 minutes to go Race Director, Scot Elkins, had hoped to extend the session and get the cars back out, however the Tecpro barriers were in need of repair so FP1 ended after only half an hour of track time.

Earlier in that session Alex Lynn’s Mahindra stopped on track, the issue looking similar to one his teammate Alexander Sims had which caused a red flag in Puebla, but Lynn was able to get going after doing a power cycle. While Antonio Felix da Costa got onto a damp patch in the braking zone at the hairpin and spun, the reigning champion though didn’t hit anything and was able to spin back around and continue.