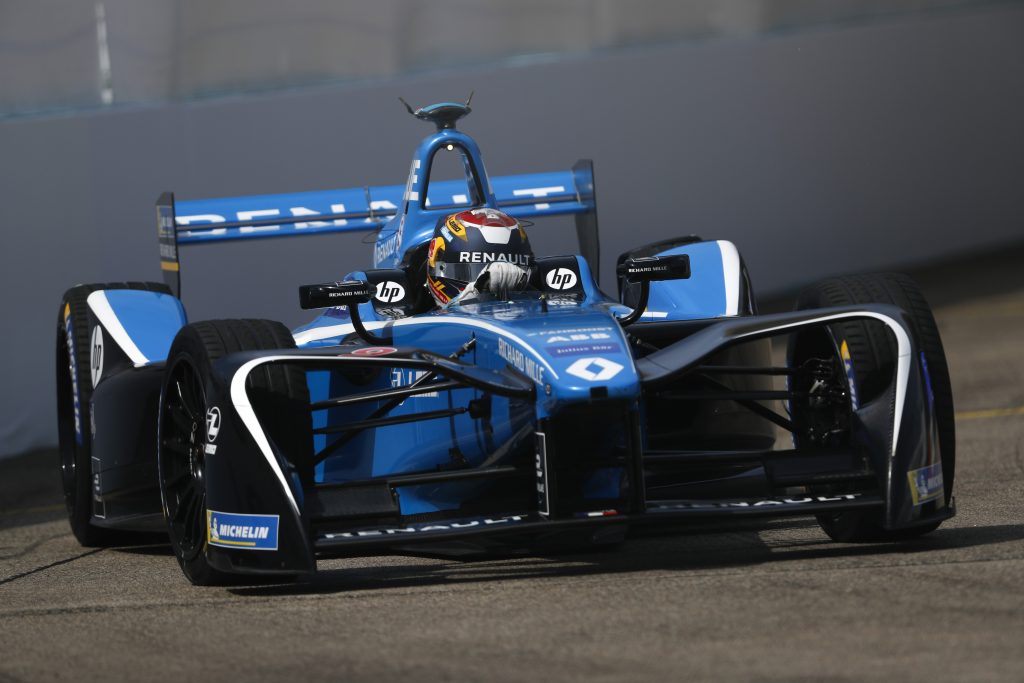 Vergne was fastest in the group stages of qualifying but both he and his Techeetah team-mate Andre Lotterer had their lap times deleted as they exceeded the maximum power output of 200kW.

Techeetah team principal Mark Preston has initially blamed a software update, brought in for reliability purposes, for the glitch.

Vergne has an advantage of 23 points over DS Virgin’s Sam Bird, who qualified 14th behind team-mate Alex Lynn.

At the head of the field Buemi led FP2 pacesetter Mitch Evans by 0.554 seconds with a time of 1:13.911. His team-mate Nico Prost had his best qualifying of the season in third.

Jerome D’Ambrosio put in another super pole appearance for Jaguar, starting ahead of Daniel Abt’s Audi after the German locked up and ran wide at Turn 6.

Nelson Piquet Jr. was sixth for Jaguar, ahead of Jose Maria Lopez and the two Venturis of Maro Engel and Tom Dillmann.

Felix Rosenqvist was 16th after a similarly difficult session, qualifying ahead only of Stephane Sarrazin who spun his Andretti at Turn 11, sliding sideways into the barriers.

Oliver Turvey did not make an appearance in qualifying after suffering a fractured wrist in a crash in second practice.