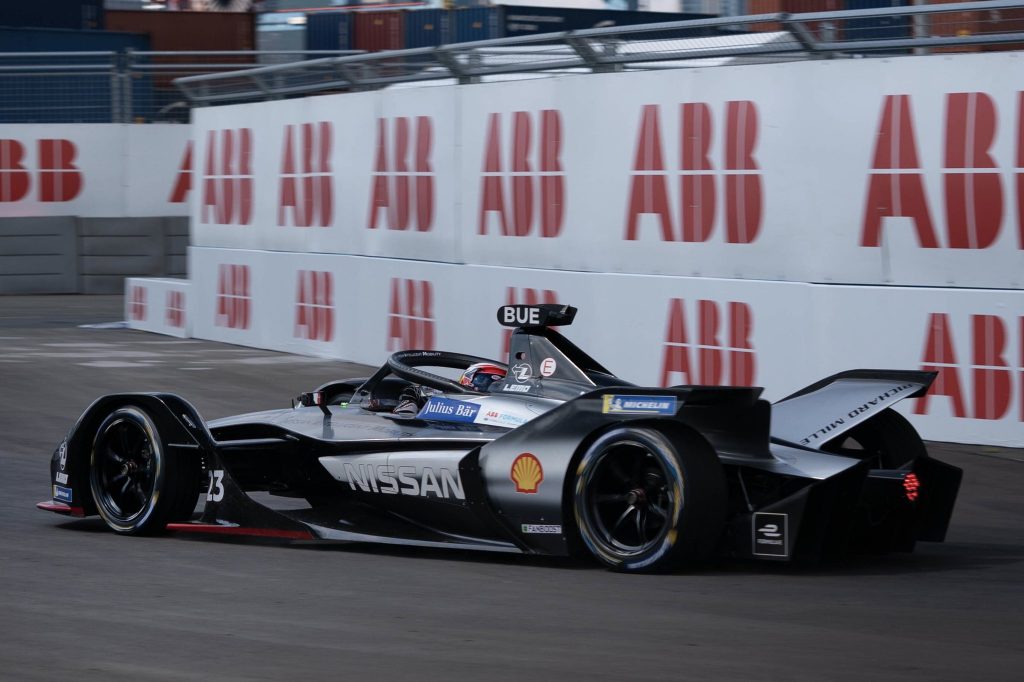 New York E-Prix – Sebastien Buemi puts his Nissan e.dams on pole for the first New York E-Prix in the penultimate round of this year’s ABB FIA Formula E Championship.


Buemi claimed his third pole of the season, Nissan’s sixth, by posting a 1:10.188 to go four tenths of a second faster than Mahindra’s Pascal Wehrlein.

Alex Lynn completely reversed the back of the field form he had in the free practice sessions to take third place with the fastest first sector of anyone and a 1:10.696 lap time.

Daniel Abt’s slim hopes for a championship win coming into this weekend are over now as the Audi Sport Abt Schaeffler driver would have needed to secure pole and take the points associated with it to keep his chances alive. As it is, the German’s 1:10.894 will see him start from fourth as he aims to help Audi secure another team’s championship win.

Alexander Sims, the quickest man from FP1, takes fifth place for BMW i Andretti ahead of Sam Bird. The Envision Virgin driver locked up at the start of his lap and while he initially despaired about the lack of grip, did manage to be the fastest man in the third sector.

Putting in a stunning lap and just missing out on Super Pole was Dragon’s Jose Maria Lopez. The Argentinian’s 1:10.836 has him starting seventh just ahead of Antonio Felix da Costa in the second BMW i Andretti.

Robin Frijns had been on track to out qualify da Costa but lost time in the final sector and his Envision Virgin Racing car will share the fifth row of the grid with the DS Techeetah of defending Formula E champion and current championship leader, Jean-Eric Vergne.

Vergne’s main rival for the title, Lucas di Grassi, will start 14th as neither of the main championship protagonists could do much with their group one qualifying slot.