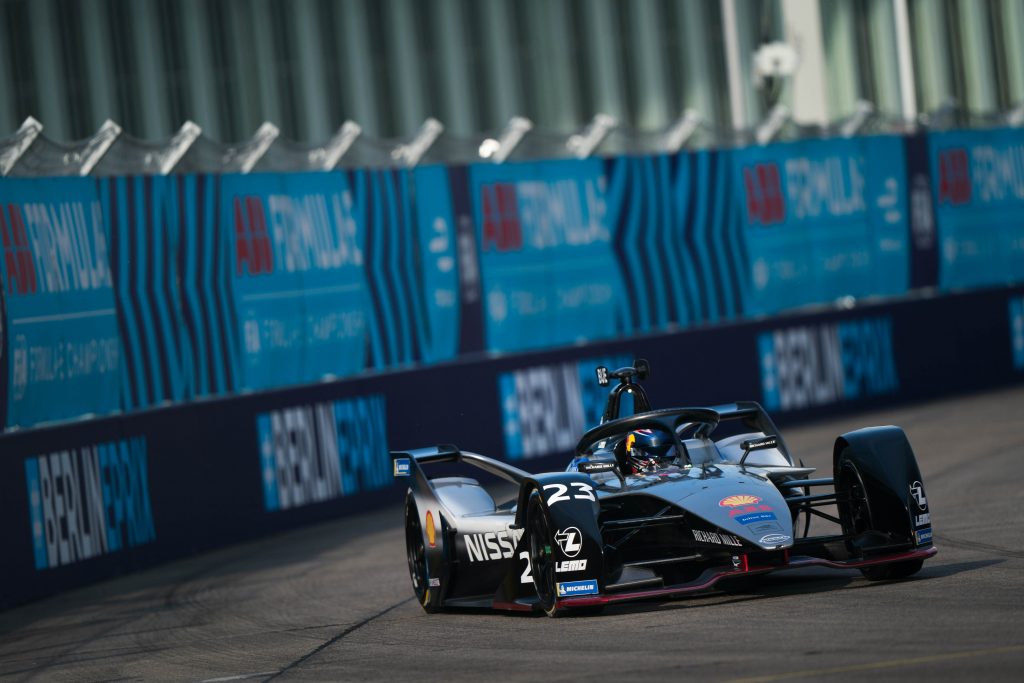 Buemi fended off the home hopes of Audi Sport Abt Schaeffler and HWA Racelab to claim his second pole of the season. Stoffel Vandoorne, who topped group qualifying, couldn’t match the Swiss driver’s time and had to settle for second on the grid.

Lucas di Grassi put in a fantastic effort to reach super pole despite having to set his time in group one when the track was at its dirtiest.

Panasonic Jaguar Racing’s Alexander Lynn and BMW i Andretti’s Alexander Sims finished out the top six positions but Sims will take a five-place grid penalty as a result of an incident in Monaco.

Last year’s polesitter Daniel Abt just missed out on the fight for pole but posted the seventh fastest time. The German is under investigation though for a breach of Article 33.2, regarding tyre pressures being changed after parc ferme conditions had started.

Antonio Felix da Costa in the other BMW finished eighth quickest while championship leader Jean-Eric Vergne, who had a much improved DS Techeetah to work with compared to Friday, managed ninth.

Berlin’s inaugural race winner, Jerome d’Ambrosio, finished out the top 10 for Mahindra in 11th, just ahead of team-mate Pascal Wehrlein.

The biggest loser during the session was Andre Lotterer. The Techeetah driver missed the line before the chequered flag came out by just seconds, despite himself and the team being convinced they had made it. He has to make do with his warm-up lap time of 1:12.568, he won’t be starting 22nd though as Robin Frijns who was only one place ahead of him on the time sheet has a five place penalty to serve.