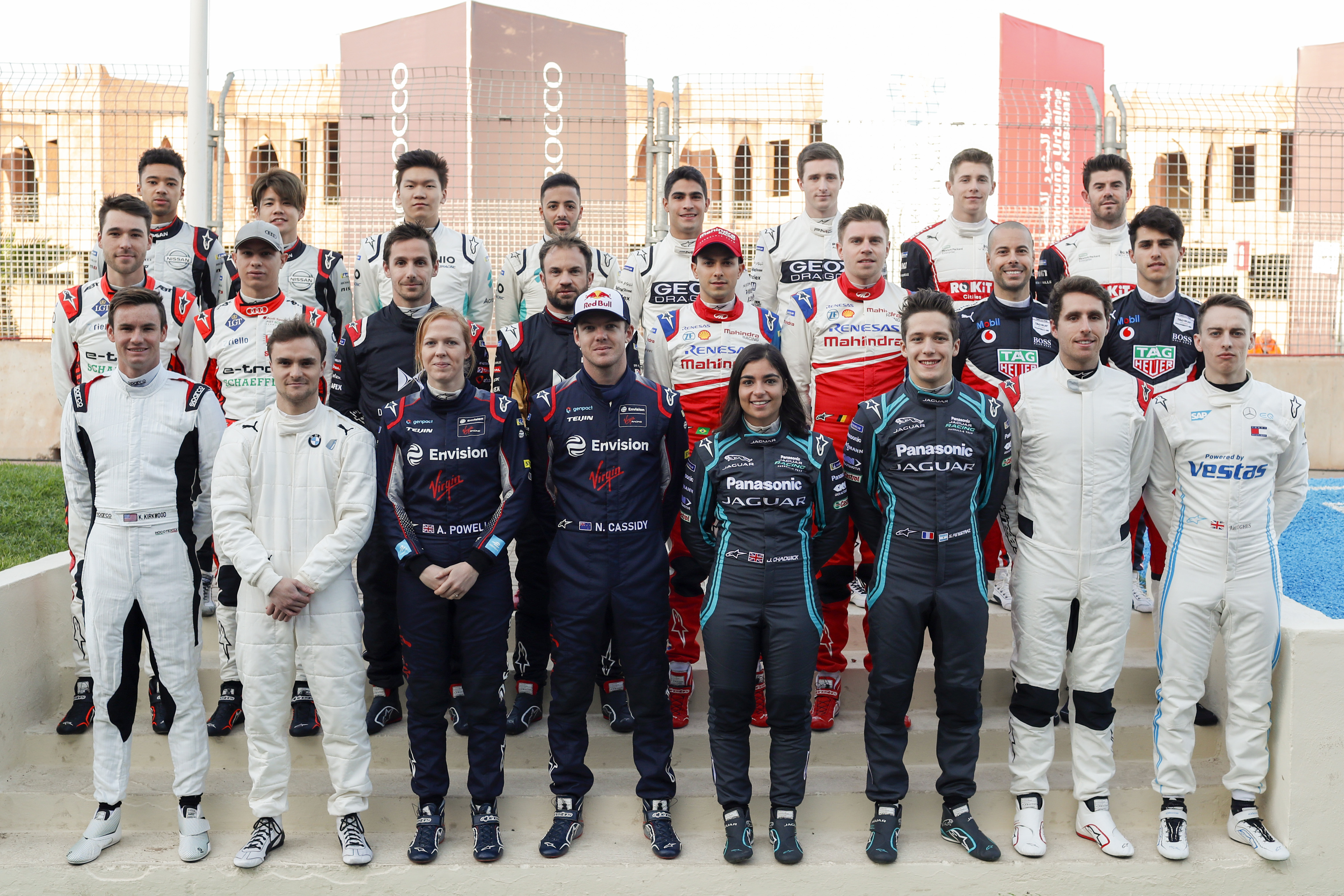 Super Formula and Super GT champion Cassidy kept his best to last in each of the sessions, putting in the second fastest time in the morning, just 0.021 behind the 1:17.505 by Kelvin van der Linde in the Audi Sport Abt Schaeffler car. That time though would’ve only been good enough for 11th during the afternoon session which saw lap times tumble and Nico Mueller’s fastest effort from last year only being beaten during the last half hour of the day.

Cassidy was the first to beat Mueller’s benchmark of 1:17.074 before shaving a few more tenths off just before the chequered flag was called on the event. The Kiwi driver’s 1:16.467 saw him finish the day at the top of the charts and as only one of two drivers to beat last year’s best.

The second driver to do so was Geox Dragon’s new test and reserve driver, Sergio Sette Camara, who was four and a half tenths slower than the Virgin. The DS Techeetah duo of Filipe Albuquerque and Nicolas Lapierre were separated by only two thousandths of a second in third and fourth. Lapierre was a last minute change to the rookie lineup after James Rossiter became ineligible after deputising for Jean-Eric Vergne in FP1 while the Frenchman was ill.

Fifth fastest over the course of the day was Andretti Indy Lights racer, Kyle Kirkwood, who was testing for BMW i Andretti. Norman Nato was the top Mercedes powered car, logging a 1:17.302 to put his Rokit Venturi one thousandth of a second quicker than Jake Hughes in the Mercedes-Benz EQ.

The second BMW i Andretti with Lucas Auer was eighth, just ahead of the top driver during the morning, Audi’s Kelvin van der Linde. While Sacha Fenestraz rounded out the top 10 for Panasonic Jaguar Racing with a 1:17.490.

All of the top 10 posted times faster than those seen during group qualifying for the Marrakesh E-Prix while the top four were all quicker then Antonio Felix da Costa’s pole position time.

There was only one brief interruption to the day when van der Linde spun his Audi during the last half hour and brought out the red flag for a couple of minutes. The only driver to mot improve their time during the afternoon session was NIO 333’s Antonio Fuoco but that time was still good enough to see him finish ahead of the team’s other rookie, Daniel Cao.