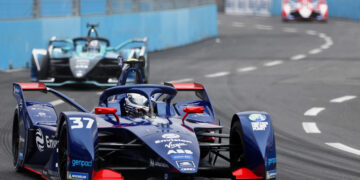 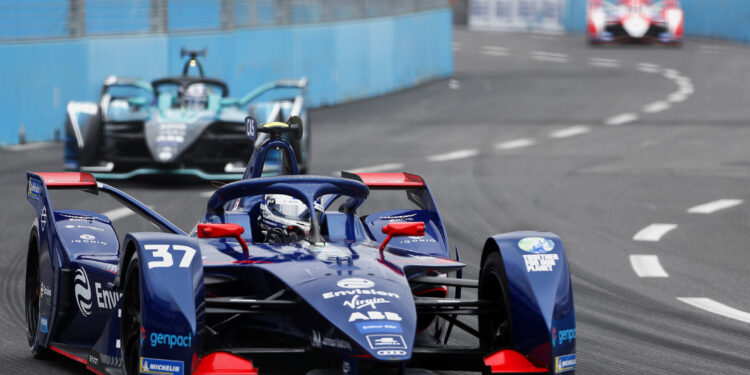 It was a relatively uneventful session, lockups were rife among the field and while the majority saw them through without further incident, Alex Lynn’s Mahindra did end nose first in a wall. The Brit got the car back to the garage and did make it back on track after an extended time in the pits.

The rain played its part near the end of the session which put pay to any lap time improvements but gave the drivers useful information in case qualifying will also be run in similar conditions.

Cassidy set his 1:40.107 half way through the session and Maximilian Guenther was the only one who also got his quick lap in before the track got too damp. The BMW i Andretti driver’s best seeing him 0.049 off the Kiwi.

Yesterday’s pole man, Stoffel Vandoorne, was third just over half a second off in his Mercedes EQ. Dragon/Penske Autosport were fourth fastest with a 1:40.808 for Sergio Sette Camara, after being one of multiple drivers handed drive through penalties during yesterday’s race for power overuse, the issue seemingly hasn’t been rectified on the Brazilian’s car as he was handed two €1000 fines during this session for the same offence.

Oliver Rowland, who had a rollercoaster of a day yesterday – hitting the wall as he was en route to pole, then inheriting the lead after Lotterer and Vandoorne clashed before being one of those handed a drive through and not making it back to a points position. For today though, the Nissan e.dams driver finished fifth fastest.

BMW’s Jake Dennis was sixth, 0.878 off Cassidy, with yesterday’s winner Jean-Eric Vergne seventh for DS Techeetah. Sebastien Buemi was eighth in the second Nissan while Edoardo Mortara, whose car was plagued with issues yesterday causing him to miss qualifying and retire from the E-Prix early, was ninth with a 1:41.165 for ROKiT Venturi. The top ten was rounded out by TAG Heuer Porsche’s Andre Lotterer.