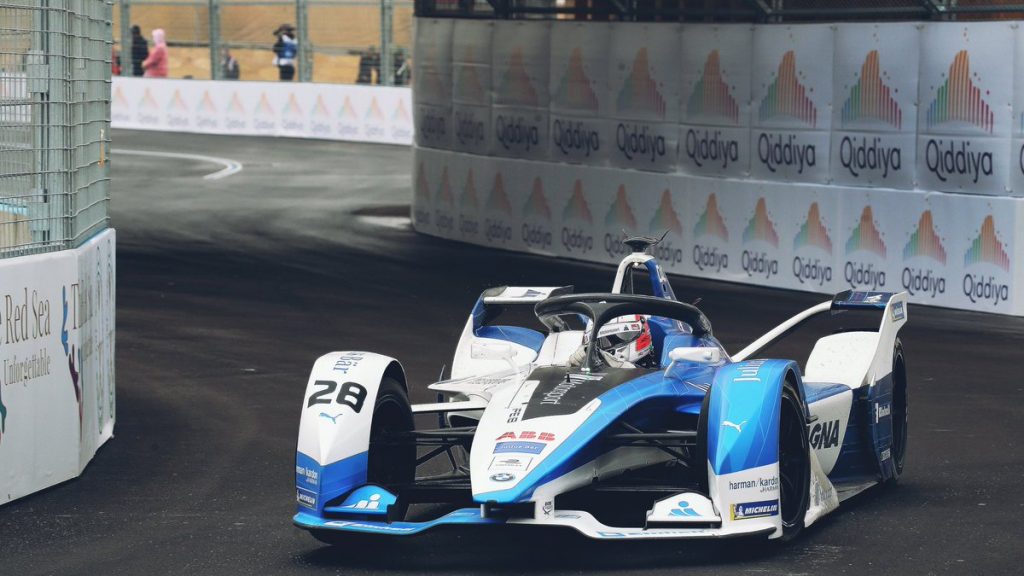 Polesitter da Costa led despite misjudging where to park his car in his grid spot and having to reverse and ending up pointing towards the barriers.

Vergne dispatched of Stoffel Vandoorne on the opening lap to get up to fourth, with his DS Techeetah team-mate Andre Lotterer also picking up places in the early stages. They both passed Jose Maria Lopez on lap 5 for third and fourth respectively.

On lap 15 Vergne made a move for the lead, going around the outside of the Turn 18 right-hander. However he, Lotterer, Alexander Sims, Felipe Massa and Gary Paffett received drive-through penalties for unspecified “technical infringements”.

Vergne emerged in fifth but a safety car for Lopez, who suffered a left-rear suspension failure, brought him back into play, using Attack Mode to regain second.

He made an attempt on the lead on the final lap, but fell short by 0.462s at the finish line, giving da Costa his first win since 2015 and BMW a win on its FE debut.

Jerome d’Ambrosio claimed third for Mahindra after a tense battle with Lotterer and Buemi. He was sat at the rear of the top six battle for the majority of the race, but when Lopez snuck past Buemi on lap 22, he followed him through at the following left-hander.

Lopez then tried to run into the Attack Mode zone, but missed the timing loop costing him a place to d’Ambrosio.

Mitch Evans rose from eighth on the grid with a late charge to claim fourth for Jaguar ahead of Lotterer and Buemi.

Oliver Rowland was seventh from 14th on the grid, ahead of Daniel Abt and Lucas di Grassi, up from 18th on the grid after having his qualifying time deleted for exceeding the 250kW power output, having fended off Nelson Piquet on the final lap.

Sam Bird finished ahead of his Envision Virgin Racing team-mate Robin Frijns, who were also excluded from qualifying, in 11th and 12th.

Felipe Massa was 14th on his FE debut but was running inside the points when he received his penalty. His Venturi team-mate Edoardo Mortara crashed on the opening lap and was a lap down after pitting for a new front wing.

Gary Paffett and Felix Rosenqvist both retired with technical issues.