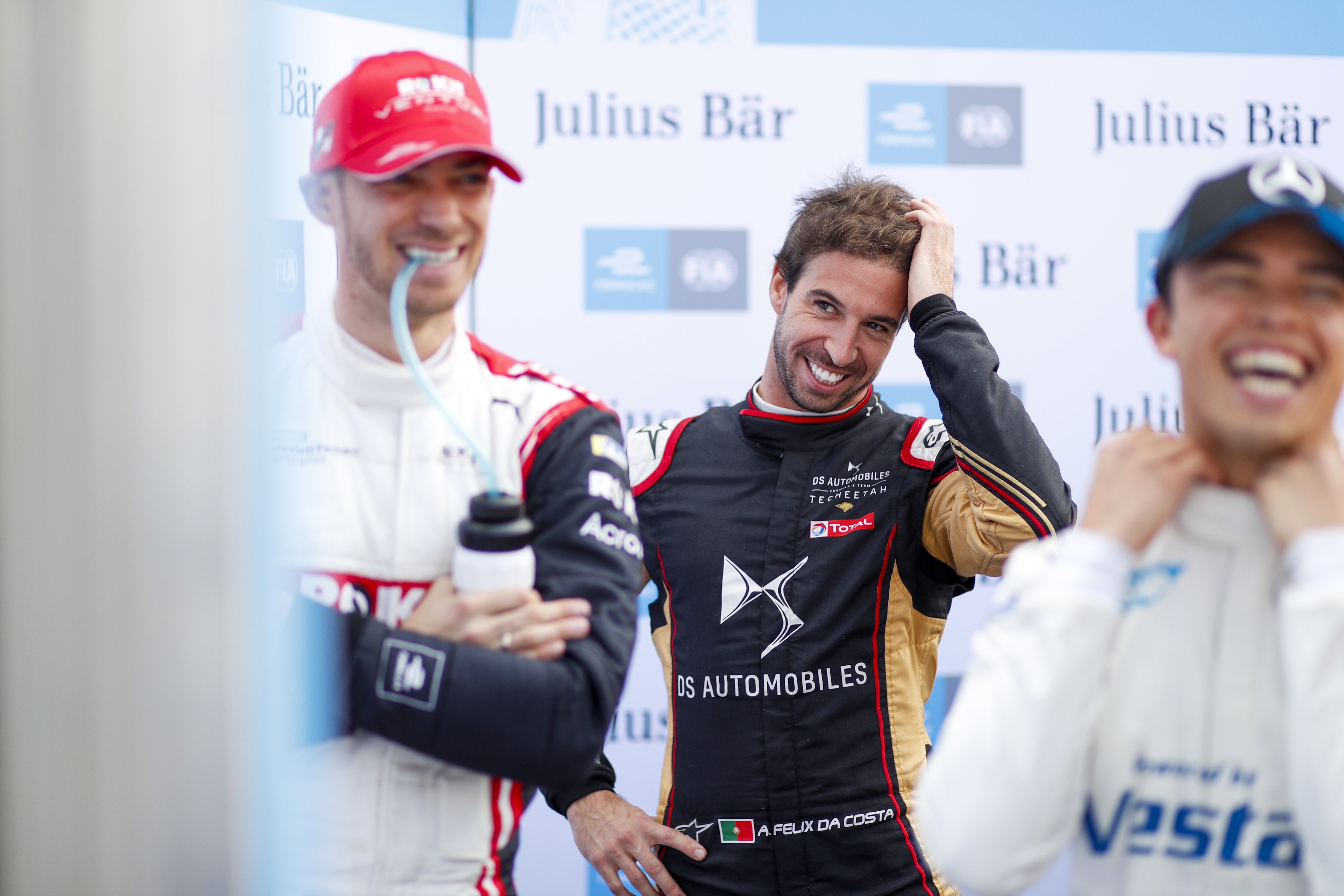 Da Costa on pole for Marrakesh

Da Costa on pole for Marrakesh

Da Costa managed the quickest lap of the weekend so far during Super Pole where he pulled out a 1:17.158, four tenths of a second faster than the best lap during the group qualifying session.

BMW i Andretti’s Maximilian Guenther, who took the point for topping group qualifying, was initially a tenth and a half up on da Costa’s time after sector two but then locked up and lost the advantage to end up second, 0.069 seconds behind the Techeetah.

Andre Lotterer will start his Tag Heuer Porsche from the second row of the grid, Lotterer had a slow first sector where he deals with oversteer before taking the fastest second and third sectors at the time.

Mercedes-Benz EQ’s Nyck de Vries will start alongside Lotterer while the similarly Mercedes powered Rokit Venturi of Edoardo Mortara will start fifth while Sebastien Buemi and Nissan e.dams will be sixth.

Guenther’s teammate Alexander Sims slotted in at eighth with the second Nissan, driven by Oliver Rowland, just behind him. James Calado was the highest placed Panasonic Jaguar in tenth.

It was a disaster for our most recent race winner and championship leader, Mitch Evans, as Jaguar mistimed his outlap and he crossed the line just as the chequered flag was shown.

That means the Kiwi will start at the back and given he completed the lap which he said was a 1:17.4 that would’ve been the fastest lap during group qualifying, and to make things even worse, he’s also under investigation for crossing the finish line twice under the chequered flag.