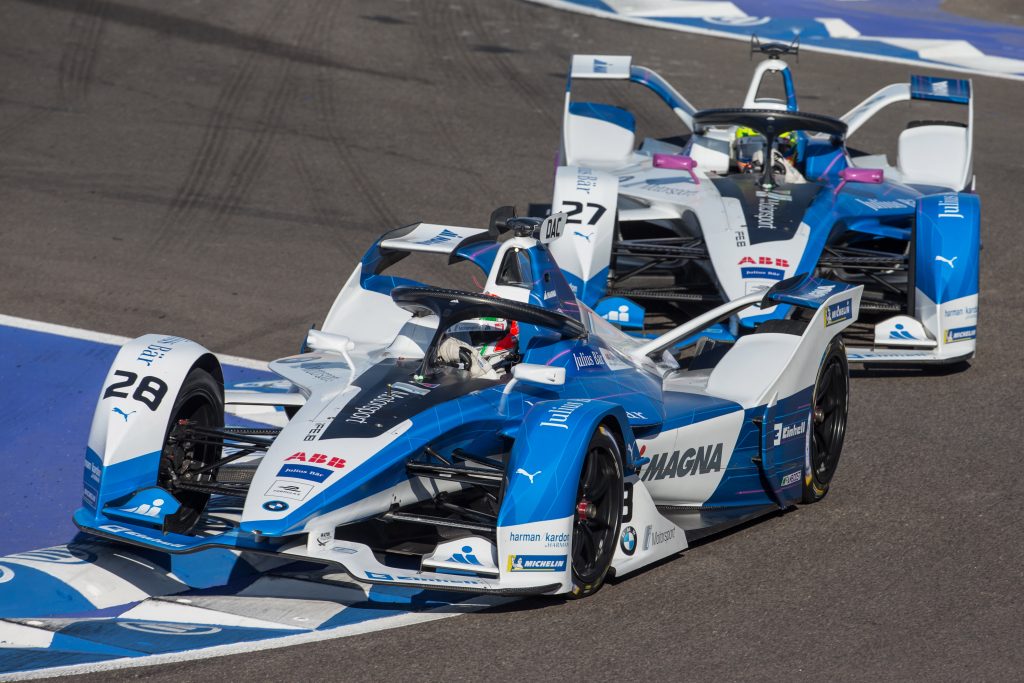 Da Costa looking to “redeem himself” over Marrakesh clash

Da Costa looking to “redeem himself” over Marrakesh clash

BMW Andretti driver Antonio Felix da Costa is looking to “redeem himself” after a collision between himself and team-mate Alexander Sims put him out of the previous race in Marrakesh.

After taking victory in the opening round in Saudi Arabia – his first win since season one – da Costa was a contender for the win in Marrakesh.

Having taken the lead early on, he led a BMW one-two after team-mate Sims moved up into second place. With clear air between themselves and third place, the BMW Andretti pair began duelling for the lead.

However, a collision between the two under heavy braking sent da Costa into the tyre barrier and out of the race, whilst Sims lost ground and moved outside of the podium positions.

Da Costa had already conceded that he “should’ve accepted that Sims was quicker in Marrakesh” and, speaking ahead of the third round of the season in Santiago, Chile, da Costa said he was looking to make up for lost ground.

“Obviously, we had a really strong start to the season for the team. We’ve shown a lot of performance,” said da Costa.

“After the outcome of the race in Marrakesh and going home with zero points after this strong pace from the car and the team, I now can’t wait to get back in race mode as soon as I can and to use this race to redeem myself and to get back in the championship.”

BMW Motorsport Director Jens Marquardt insisted that the team are looking at the positives from Marrakesh and are optimistic of repeating the pace they demonstrated in Morocco.

“We’ve moved on from the Marrakesh race and the team is really looking forward to Santiago,” said Marquardt. “Even though we didn’t pick up as many points as was possible there, the BMW iFE.18 was convincing once again.

“The performance of the car is right and both drivers are very fast which is why we are optimistic that we will be up there at the front again in Santiago. The objective is to get the maximum points haul with both cars this time.”