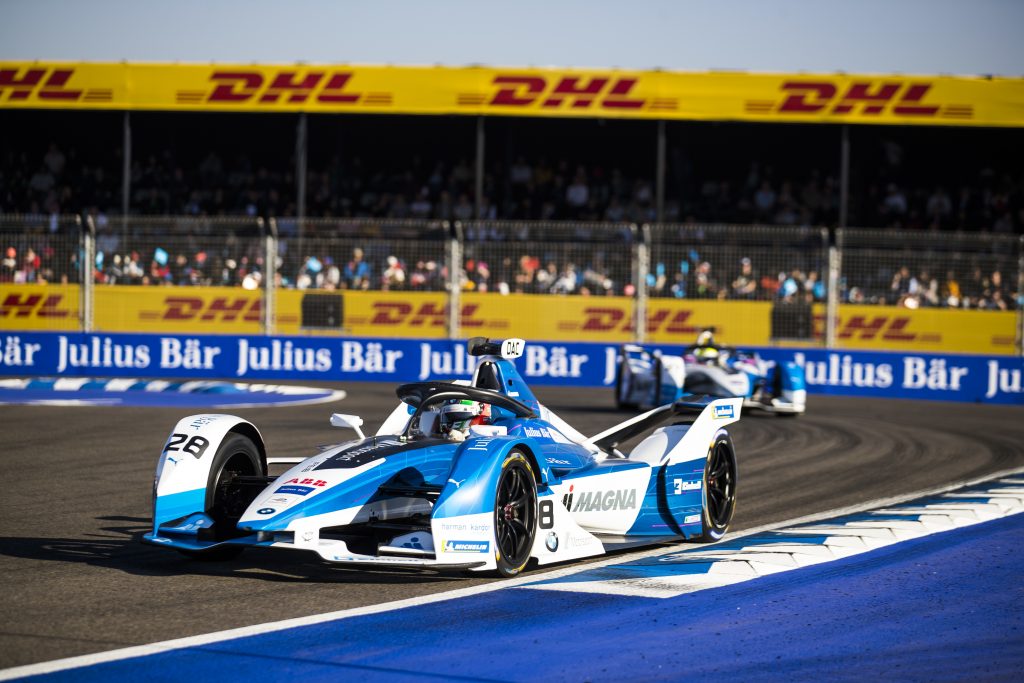 Da Costa should have ‘accepted Sims was quicker’ in Marrakesh clash

Da Costa should have ‘accepted Sims was quicker’ in Marrakesh clash

Antonio Felix da Costa says he should have “accepted” that his BMW Andretti team-mate Alexander Sims was quicker prior to their Marrakesh Formula E race collision.

Da Costa was leading a BMW 1-2 after the pair had made their way past polesitter Sam Bird. Sims began to close up on da Costa and moved to the outside of Turn 7 to overtake but the pair locked up and collided, leaving da Costa in the barriers and reducing Sims to a fourth-place finish.

“I went to cover him and when I went to brake the track was really dirty and I couldn’t stop the car in time,” da Costa said.

“So for that I’m sorry, that’s a mistake coming from me only and the outcome of that mistake is what’s terribly frustrating in the story because we lost a win and a 1-2.

“If I made the mistake on my own Alex would have won the race but because of that I denied the team a win and a 1-2 and for that I’m feeling very bad with myself.

“[Sims] was [quicker] today, especially at that point. The last 15 laps he had more pace than me and I should have accepted that earlier and let him go, but I didn’t.”

Sims added that his relationship with da Costa is still good and that the team will put in measures to prevent the same thing happening again.

“We all take responsibility for it, we need to learn together,” he said.

“Antonio and I get on, it’s not like there’s any breakdown in our relationship together. We’re good friends and we just didn’t want this situation to happen obviously.

“The reason we were in the situation was because I for some reason was able to save a load more energy. So I had built up a good energy bank and was unsure what to do.

“I saw the cars behind were catching so I figured I needed to do something to stop them catching me and that was to try and overtake but it was poorly managed by everybody.

“We need to learn from it and make it doesn’t happen again.”