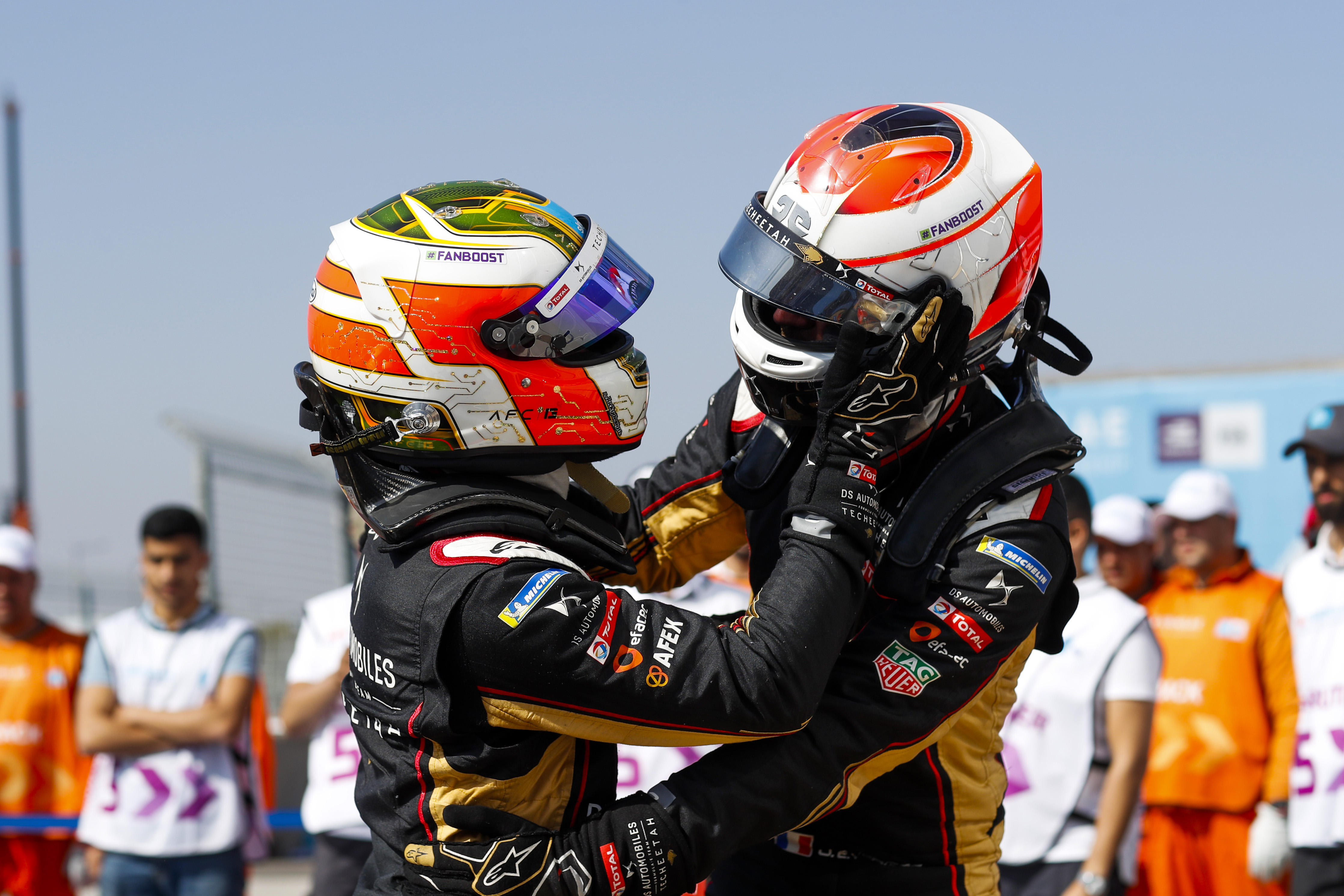 As the lights went green there was no change for the front two cars as da Costa and Guenther started pulling a gap to the rest of the field. De Vries initially got passed Lotterer but was soon being investigated by the stewards for using too much power during regen.

After just over ten minutes de Vries was handed a drive through penalty and the third was restored to the Porsche. An early scuffle between Mortara and d’Ambrosio left the Mahindra to fall back a couple of places.

Making the most of his time was Jean-Eric Vergne, the Techeetah driver was still feeling ill but definitely looked to be on form as he got up to fourth and started battling with Lotterer.

Half way through the race Guenther had closed right up behind da Costa and the fight for the lead kicked off. The BMW did get past but possibly made it easy in order to spend some time in Guenther’s slipstream.

The Techeetah did spend some time behind the BMW before taking attack mode and using the extra power to regain the lead.

With fifteen minutes to go Vergne made it into third, he then had to reel in the top two while Lotterer fell back into Mortara’s clutches. Vergne steadily closed on Guenther and made quick work of him to leave Techeetah in the top two podium positions.

The final lap was an impressive fight between Vergne and Guenther, the German got by just before the end while the Techeetah was critical on energy. Sebastien Buemi was right on their tail looking to take advantage of any mistakes.

Vergne and his energy managed to hang on to make it a double podium for Techeetah. While Nissan and Buemi took fourth, ahead of Mortara.

The drive of the day had to go to the sixth place finisher, Mitch Evans, the Jaguar driver started 24th and made it all the way through the field in a race where there was only one race retirement.

Lucas di Grassi was the highest placed Audi car in seventh while Lotterer had to settle for  eighth after running in second early in the race. The second Nissan of Rowland was ninth while Bird finished out the points positions for Virgin.

Alexander Sims had fought his way up to fifth in what would have been a good points haul for BMW but had a problem on the final lap which saw him retire at the side of the track.