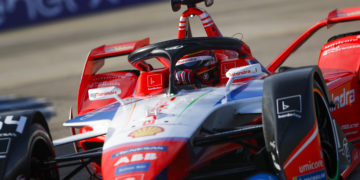 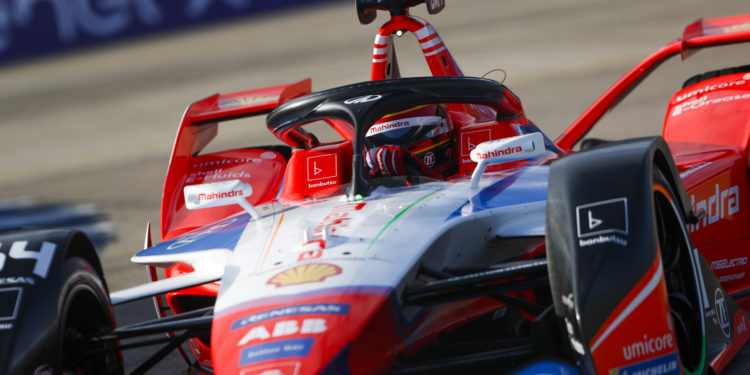 Mahindra Racing’s Jerome d’Ambrosio put in the quickest lap during the second free practice session before the third Berlin E-Prix of the year.

D’Ambrosio had shown his speed in the first practice session being the only driver to get within a tenth of Antonio Felix da Costa’s 1:06.831. The Belgian kept his best for last in FP2 and was the final driver across the line to post his 1:06.723.

Maximilian Guenther finished just over a tenth behind the Mahindra, but still 0.001 slower than da Costa’s FP1 time, as he looks to get his and BMW i Andretti’s seasons back on track after a difficult two races in Berlin already.

Third on the charts was Jean-Eric Vergne, the reigning champion has struggled since the season resumed while his DS Techeetah teammate has really found his rhythm with the car and pulled a huge lead in the championship standings.

Sebastien Buemi and Nyck de Vries slotted into fourth and fifth for Nissan e.dams and Mercedes-Benz EQ. De Vries will have to contend with a five place grid drop after he was penalised for pushing his car after he stopped on track during the most recent race.

Da Costa’s second practice effort was enough to see him sixth but it was a slower offering than what had had shown of the car in the previous session. Sergio Sette Camara was seventh, the Geox Dragon racer had a big moment early in FP2 when he had a big slide but managed to hold it to prevent the rear from whacking the wall by the smallest of margins.

After jumping up to second in the championship, Lucas di Grassi’s time was the final one in the one minute sixes and was good enough to see the Audi Sport Abt Schaeffler car into eighth fastest.

The top ten was rounded out by Alexander Sims and Stoffel Vandoorne.

FP1 was briefly red flagged when Rene Rast’s Audi stopped on track after only fifteen minutes, the German’s car did get delivered back to the garage before the session ended but didn’t return to the circuit.

Click here to see the result from both sessions.