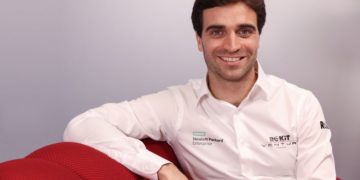 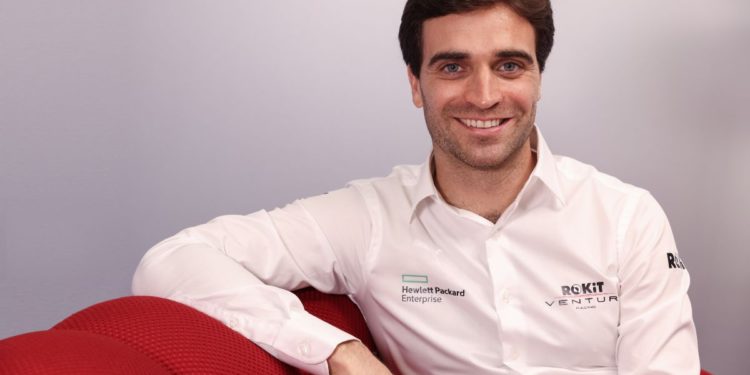 Jerome d’Ambrosio has announced he has retired from racing but will stay in Formula E as Deputy Team Principal for the Venturi team.

D’Ambrosio has been part of Formula E since the beginning and is one of only four drivers, along with Sam Bird, Lucas di Grassi and Daniel Abt, to have been entered into every E-Prix from season 1 to 6. The Belgian ends his career with 68 race starts from the 69 events held so far however after his Mahindra failed to move from the dummy grid at the second race of season 6, causing him to retire before the race had started.

During his time in the all-electric series, d’Ambrosio spent four seasons with Dragon Racing, picking up seven podiums including wins in the season 1 Berlin and season 2 Mexico events. The Belgian’s two seasons with Mahindra started with a high they never managed to recapture, a third in his first race directly followed by victory in Marrakesh at his second. Today’s announcement was greeted with great enthusiasm by d’Ambrosio’s most recent boss Dilbagh Gill.

Congratulations @VenturiFE and @Susie_Wolff on snagging an asset in @thereal_JDA. He is going to make a difference and contribute a lot 👊. I know it from personal experience. Best wishes from #MadeInIndia to #madeinmonaco

Talking about his new position, d’Ambrosio said: “My experience as a driver over the past 26 years has undeniably shaped me as a person and, when I decided after Berlin to hang up my helmet, I knew I wanted to stay involved in motorsport in some capacity. I’m still a very competitive person. That hunger to win doesn’t leave you when you decide to step out of the car, and I want to put that passion to good use.

“When Susie and I started talking about potentially taking my first step into a management role, I knew in my gut that the opportunity was perfect for me. It’s time for a new challenge and I have a lot to learn, but I know that I’ll be learning from one of the best and I can’t wait to see what lies ahead.”

He ended with a thank you to all who had believed in and supported him over his 26 years as a racer. “I want to take this opportunity to say a very big thank you to my family, to my friends and also to my fans for the incredible support and help throughout my career as a driver and also now on this next adventure. Their continued and unwavering belief has meant the world to me.”

ROKiT Venturi Team Principal, Susie Wolff, knows about making the transition from racing to management and believes that d’Ambrosio will play an important part in the team and that they will work well together.

“When I took on the role of Team Principal in July 2018,” said Wolff. “One of my main areas of focus was to ensure that we have the right people in the right roles. Understandably, as we evolve as a team, our needs change and grow.

“Jerome taking on the role of Deputy Team Principal will serve to strengthen the team – he will play a pivotal role with our drivers and engineering team and act as my right hand in Monaco. I know what it’s like to hang up your helmet and I also know how important the next move is at any pivotal stage of a person’s career. Like Jerome, I’m someone who follows their gut instincts and I think that we’ll make a fantastic team moving forward.”