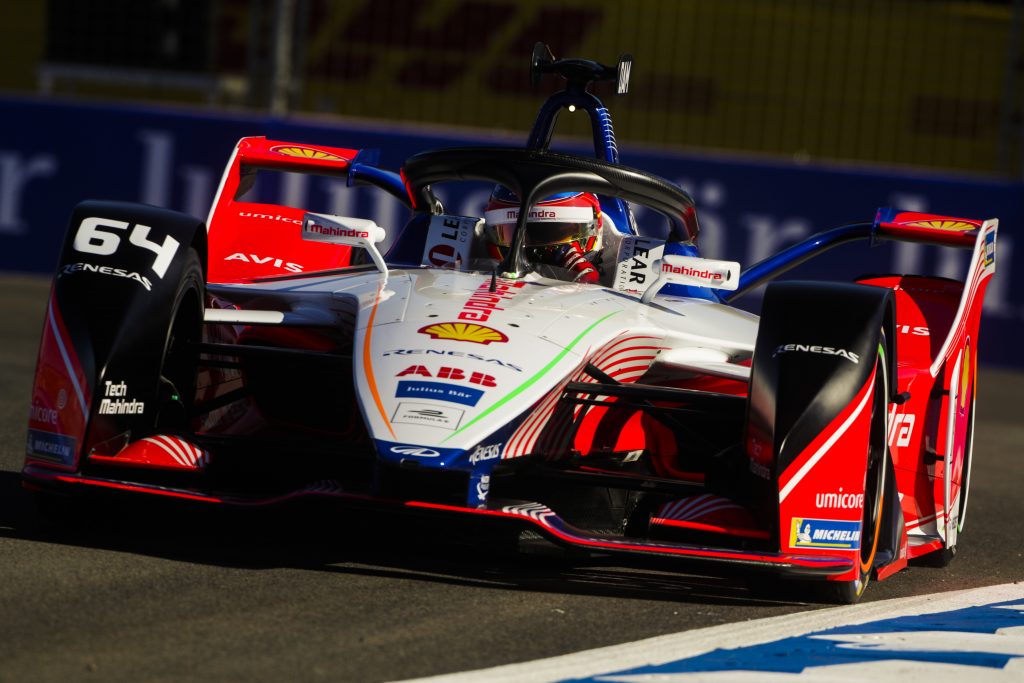 Polesitter Sam Bird led the initial stages for Envision Virgin Racing having survived a hit from Jean-Eric Vergne into Turn 1, who spun after making a lunge for the lead.

Alexander Sims ran in second ahead of his team-mate Antonio Felix da Costa, who rose from sixth after taking a 3-place grid penalty after qualifying for a power infringement.

Da Costa moved past Sims on the fifth of the 31-lap race, then made a move for the lead into the Turns 4 and 5 chicane on lap 10. Bird ran off the circuit and rejoined behind da Costa, allowing Sims to go around the outside of the braking zone of Turn 7 to make it a 1-2 for BMW.

The pair began to pull away until on lap 26 Sims tried to pull the same move on da Costa for the lead. The pair locked up and collided, leaving the pre-race points leader da Costa in the tyre barrier and out of the race while Sims dropped to fourth.

d’Ambrosio inherited the lead of the race, having come up from 10th on the grid. He was fifth at the end of the first lap and got up to third by leaving the activation of his Attack Mode later than the two Virgins ahead of him, meaning he was able to take it without losing a place.

He then led Robin Frijns who got past team-mate Bird as the Briton began to struggle to race pace, he slipped down to sixth at one point.

The safety car was deployed for da Costa’s stricken car, and came in to allow enough time for one green flag lap. Despite Sims and di Grassi being the only lead drivers still able to use Attack Mode, the order was unchanged, although Frijns made several attempts in the final few corners.

Bird fended off Sims for the final podium spot, while Vergne recovered from the back of the grid on lap 1 to finish fifth ahead of his DS Techeetah team-mate Andre Lotterer who came up from 20th on the grid.

Lucas di Grassi was seventh for Audi Sport Abt Schaeffler, having contested the podium battle from 11th on the grid. Sebastien Buemi and Mitch Evans, who both went wide and lost places at the start as a result of Vergne’s spin, were eighth and ninth with Daniel Abt completing the top 10.

Both HWA Racelab cars retired after the duo of Gary Paffett and Stoffel Vandoorne collided on the opening lap, leaving Paffett with a puncture and Vandoorne with damage causing him to pit at the end of the first lap.

Pascal Wehrlein also came in on lap 1 after he was rear-ended his di Grassi into the first corner, giving him rear bodywork damage and prematurely ending the rookie’s debut.