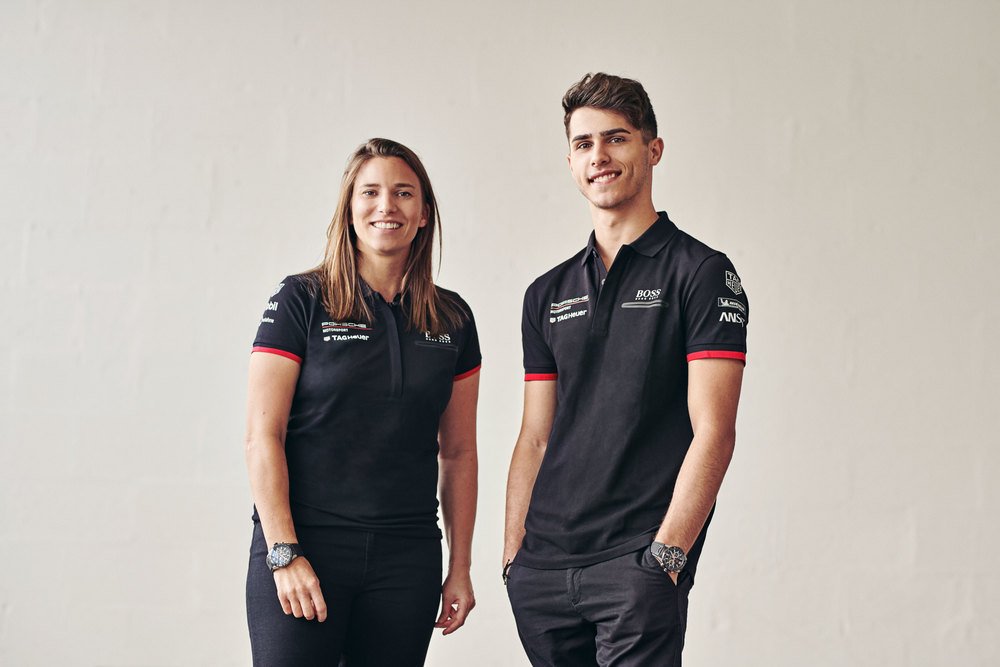 De Silvestro and Preining will serve as test and development drivers for the Porsche Formula E programme, supporting the race drivers, Andre Lotterer and Neel Jani, with simulator work as well as being available to the team for testing during the season.

Simona de Silvestro is the first ever female works driver for Porsche and her prior Formula E experience can only be a benefit to the team. The Swiss racer made her Formula E debut in London at the final weekend of season 1, she drove alongside future double champion Jean-Eric Vergne, and impressed Andretti enough that they signed her for season 2.

After that season de Silvestro spent three years driving in the Australian Supercars Championship before returning to the Formula E paddock in season 5 as the Venturi team’s test driver and took part in the Ad Diriyah test.

“It is a great honour to work for this prestigious brand,” said de Silvestro. “I am really looking forward to my new role as test and development driver for the TAG Heuer Porsche Formula E Team. Over the last few years, I have gained a lot of experience from my previous involvements in Formula E. I will do my best to help Porsche on the road to success.”

Also joining the Formula E team is young Austrian racer, Thomas Preining. Having joined as a Porsche Junior in 2017 Preining has predominantly driven in GT categories, with his most successful year being 2018 where he won the German Porsche Carrera Cup series after taking victory in 10 of the 14 races, and helped secure the Teams’ title for BWT Lechner Racing in the Porsche Mobil 1 Supercup while coming 3rd in the Drivers’ Championship himself.

Preining was promoted to a Porsche Young Professional this year excited to take on this new challenge, “I am very much looking forward to my new role in the TAG Heuer Porsche Formula E Team.”

“I have followed Formula E closely from the word go. I am very excited to see what it feels like to drive the Porsche 99X Electric on the track. It is great to be able to support Porsche in its debut season in Formula E, and to be a part of this future-oriented project from the outset.”