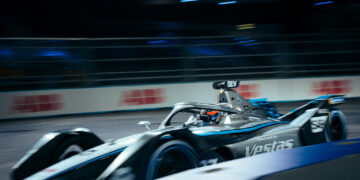 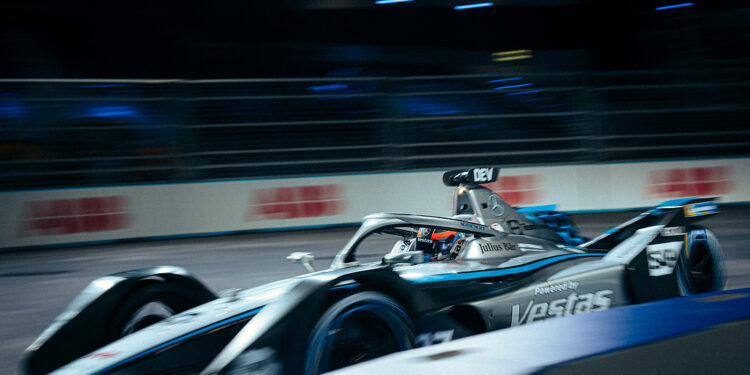 London E-Prix 1 – Nyck de Vries has been handed a five second time penalty for his defending against Nick Cassidy at the end of the E-Prix.

The reigning champion spent the majority of the race in P3 aside from the few laps where Sergio Sette Camara had gotten the better of him in the first ten laps. In the latter stages while Jake Dennis and de Vries’ teammate Stoffel Vandoorne were comfortably out in front in the top two spots, the Dutchman had Cassidy right on his rear wing and looking for a way past.

De Vries managed to keep the Envision racer behind in those final laps but some of the moves he made in order to do so caused the stewards to investigate. There were two separate incidents that were focused on, one where de Vries was alleged to have moved under braking in T1/T2, and the other for allegedly defending his position on the start-finish straight with more than one move.

Just after the race ended a notice came up that there would be no further action to be taken on the moving under braking issue as while the Dutchman had moved, he had left more than enough space for his rival. As it wasn’t clear that there had been two separate incidents put under investigation, it appeared that de Vries was in the clear and his podium position was secure.

Cut to a few hours post-race and the stewards had been working through a backlog of investigations with a good few decisions being made. One of the last to be completed before the race results were finalised was the second de Vries/Cassidy incident and in that situation the Mercedes driver did indeed make more than one move on on the start-finish straight on the penultimate lap and that warranted a five second penalty as well as a penalty point.

Those five additional seconds meant that not only did de Vries lose his podium to Cassidy, he also dropped behind Oliver Askew and Mitch Evans as they all finished quite close together.