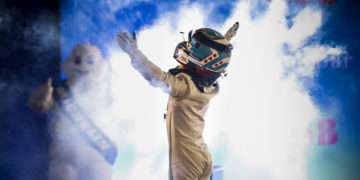 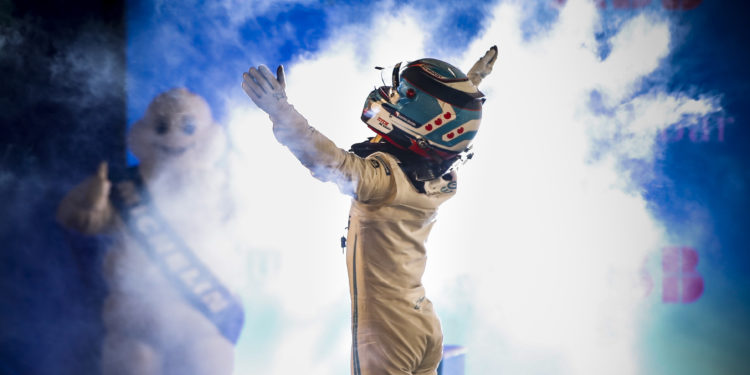 Diriyah E-Prix 1 – Nyck de Vries took his debut Formula E win as he brought his Mercedes home for a lights to flag victory.

There was no change at the front as the lights went out for the season opener in Diriyah, with de Vries pulling out a second over Wehrlein in the first lap. Behind the leading few cars, there was chopping and changing but all 24 cars made it through without incident.

The closest battle in the opening part of the E-Prix was the battle for fifth Mahindra’s Alex Lynn sandwiched between the two Jaguars of Evans and Bird. The battle raged with no gains for a few laps before Bird managed to make it Jaguar’s line astern in 5th and 6th. That didn’t last too long though as Lynn bided his time and retook the place a few laps later.

The first change in the top four came with just over ten minutes into the race, Rene Rast slid his Audi Sport Abt Schaeffler down the inside of Pascal Wehrlein’s TAG Heuer Porsche at turn 8. The Porsche picked up Attack Mode to protect from ROKiT Venturi’s Edoardo Mortara.

Wehrlein’s hold on third didn’t last too long though, after Mortata fell behind Evans after activating Attack Mode, the Swiss driver pulled off a very risky double pass on Evans and Wehrlein. Mortara passed the Kiwi on the inside before slipping through a rapidly closing gap between the front of the Jaguar and the back of the Porsche, to pass Wehrlein on the outside. Evans followed the Venturi through and left the German down in fifth.

The first Safety Car of the race came half way through the E-Prix when Sam Bird and Alex Lynn fought once again this time though it didn’t end well. Bird dummied going around the outside but then ducked to the inside. Lynn closed the door and Bird got caught between the Mahindra and the wall at the apex of T1. Lynn gets spun around and ends in the wall facing back towards the start/finish straight connected nose to nose with the Jaguar.

Bird managed to free the conjoined cars and continue for a while after getting a new nose but retired to the pits a few laps later. Another Safety Car followed only a few laps later when Maximilian Guenther had a very heavy hit

With just over five minutes left on the clock the track was back racing, de Vries made it safely though a second restart and once again pulled a gap. Mortara had made it up to second by this point but had to take his final required Attack Mode which meant he dropped to third briefly before regaining the place to make it a 1-2 for Mercedes powered cars.

Despite having more energy to spare at the end, Rast lost out on the final podium spot to Evans’ Jaguar. Wehrlein brought his Porsche home in fifth having to defend his place from Oliver Rowland’s Nissan e.dams on the final lap before Rowland himself had to put some defensive moves into play as Alexander Sims was looking to move his Mahindra up from seventh.

The second Mercedes came home in eighth with Stoffel Vandoorne making it a Mercedes clean sweep on points as he took the point for fastest lap with a 1:09.583. Lucas di Grassi brought the second Audi home in ninth while Oliver Turvey has already made it a better year for NIO 333, who had a best of 11th last season, by bringing his car home in the final points position.

The reigning Drivers’ Champion, Antonio Felix da Costa could only manage eleventh while his teammate, Jean-Eric Vergne, finished even further back leaving the defending champions pointless after round 1.