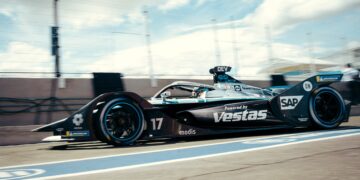 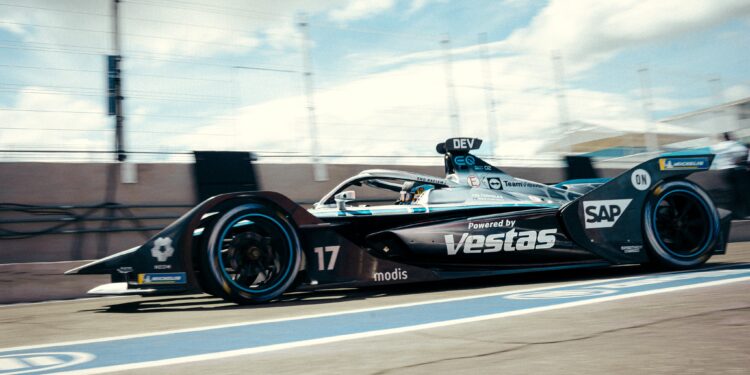 
While there were some wobbles, slides and a big spin from yesterday’s second place man, Rene Rast, the final practice session was on the whole quite a straight forward, uneventful 45 minutes. The full power laps were reserved for the final few minutes of track time and de Vries, who had been sitting on top of the times with his Attack Mode powered effort, put in the fastest lap seen so far during the weekend with a 1:21.492.

Jean-Eric Vergne had put in the fastest first and second sectors but a slower final sector meant he ended 0.141 behind the Mercedes. Yesterday’s fastest man in practice, Oliver Rowland, was third for Nissan and will be looking for a smoother day today after he had to race without radio communications and also had Attack Mode activation problems in the E-Prix.

Fourth was Nick Cassidy, 0.472 seconds off the pace in his newly built Envision Virgin car after the survival cell was too damaged from yesterday’s first lap incident to be repaired. Jaguar’s Mitch Evans was fifth with a 1:22.008 ahead of the Rokit Venturi duo, yesterday’s podium finisher Edoardo Mortara just 0.050 ahead of Norman Nato.

BMW i Andretti’s Maximilian Guenther’s best was 0.655 off the pace, the German had been looking good for a podium in yesterday’s race but energy problems in the final few minutes saw him fall right back and out of the points. The final spots in the top ten were filled by Rene Rast and Porsche’s Andre Lotterer.