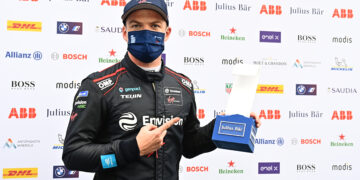 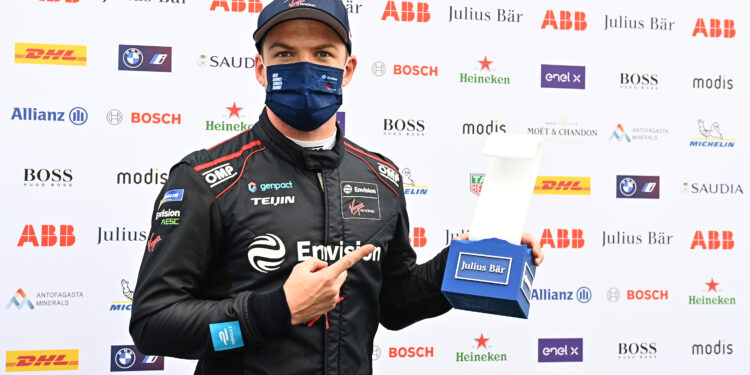 
Heading out in the final qualifying group, Cassidy had the best of the conditions and he was one of three drivers who progressed from that group to Super Pole. The Kiwi’s 1:56.006 was just out of reach from ROKiT Venturi’s Norman Nato, who had topped group qualifying, as the Frenchman had the fastest sector 2 but tapped a wall and lost time in the final sector.

Click here for the group qualifying and super pole results.

Aside from both rookies getting to start from the front row, they both now have their first points of the season thanks to the points for being fastest in group qualifying and pole.

Third on the grid will be Pascal Wehrlein, the TAG Heuer Porsche driver’s Super Pole best ending 0.619 off the pole. Joining Wehrlein on the second row is yesterday’s pole sitter, Mercedes EQ’s Stoffel Vandoorne, who will be hoping for a better race today. The Belgian’s 1:54.359, 2.348 seconds slower than Cassidy’s effort.

Maximilian Guenther will start from fifth for BMW i Andretti and will be joined on the third row by his teammate from last season, Alexander Sims. The Mahindra racer’s E-Prix ended early yesterday after he took damage in the first few laps.

Edoardo Mortara, who missed qualifying yesterday due to car issues, was seventh with a 1:59.497 in the second Venturi. Nissan e.dams’ pole challenger from race 1, Oliver Rowland was the higher placed of the team in eighth with his teammate, Sebastien Buemi just less than two tenths further back in tenth.

Dragon/Penske Autosport’s Nico Mueller split the two Nissans for ninth. Mueller’s teammate, Sergio Sette Camara had trouble on his qualifying lap and stopped on track without setting a time.

Camara will be starting at the back with Porsche’s Andre Lotterer, whose best lap was cancelled due to power overuse and dropped him out of Super Pole contention, and BMW’s Jake Dennis who wasn’t even able to leave the pits as his car was showing a red light, which meant it wasn’t safe to drive.

Yesterday’s winner, Jean-Eric Vergne, struggled for pace in the wet conditions of group one and the DS Techeetah driver qualified 21st, leaving him just ahead of Lotterer.

After qualifying 17th, NIO 333’s Oliver Turvey will be starting from the pitlane today as that, along with six points on his license, was the penalty the stewards handed to him for his part in the post-FP1 crash yesterday.