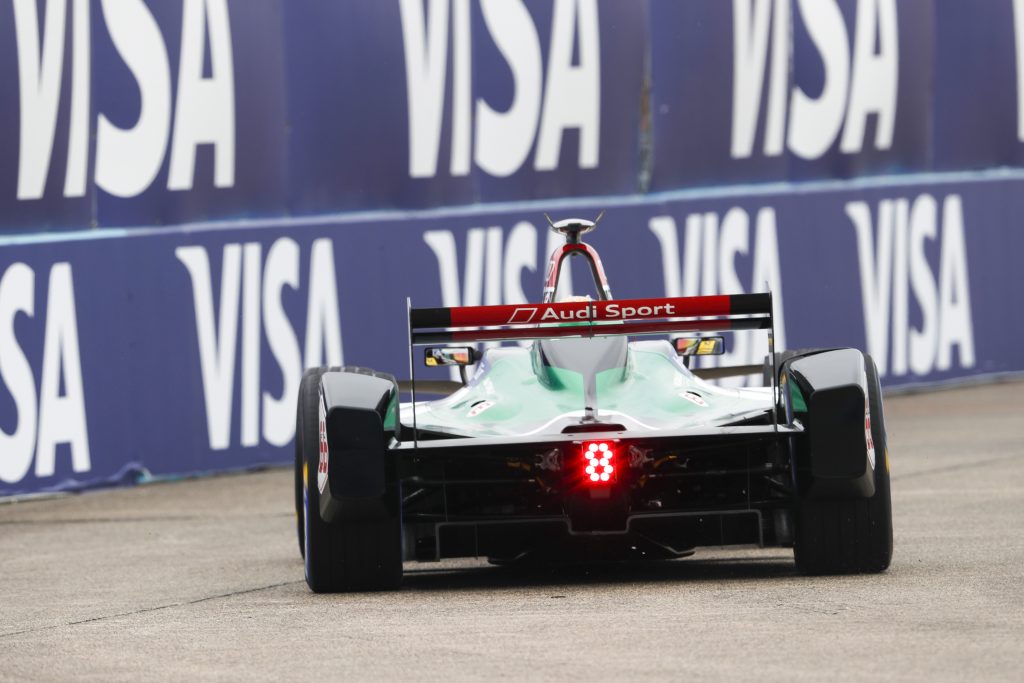 Zurich E-Prix – Audi Sport Abt Schaeffler’s Lucas di Grassi was fastest by over a second in the first free practice session for the inaugural Formula E race in Zurich.

Evans consistently ran at the head of the field in the session, and was second to his team-mate 2014/15 champion Nelson Piquet Jr by 0.2 seconds.

The recently re-signed Daniel Abt split the team-mates before running down the escape road at Turn 3 after carrying too much speed into the 90-degree left-hander.

Piquet was fourth fastest, 0.2 seconds off Evans ahead of NIO’s Oliver Turvey.

Going down the start/finish straight, the two continued to run close and Bird braked harder than normal to avoid hitting Lopez, which locked his rear tyres and pitched him round, resulting his right-rear suspension damage as he tapped the barriers.

Championship leader Jean-Eric Vergne, who can wrap up the title this weekend if he out-scores Bird by 19 points, was seventh for Techeetah ahead of Mahindra’s Felix Rosenqvist, with 2015/16 champion Sebastien Buemi and Lopez compelting the top ten.