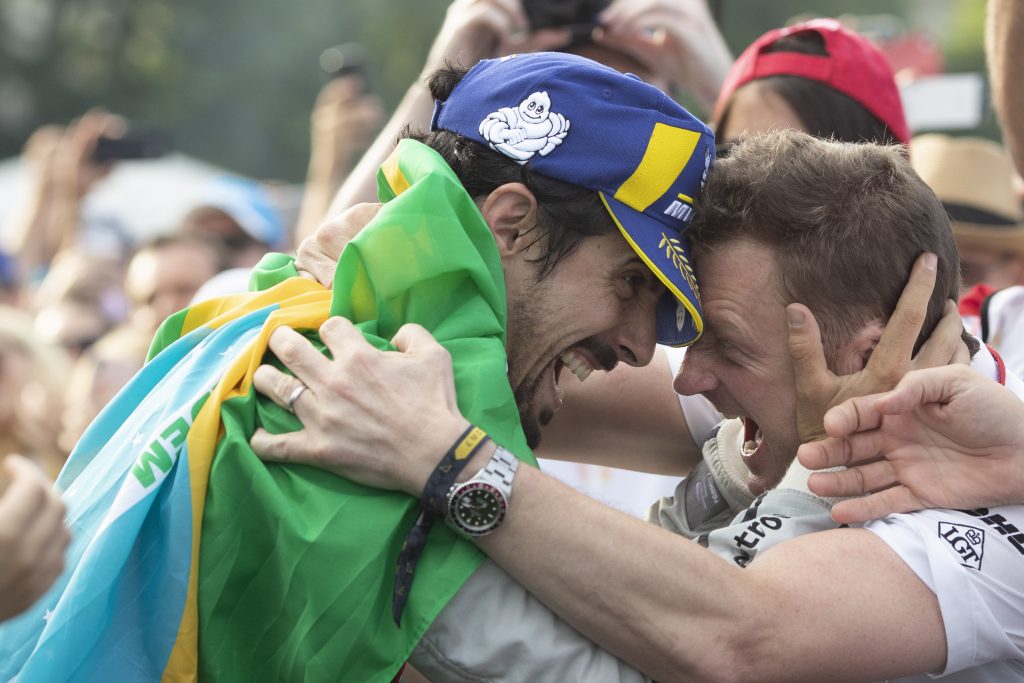 Zurich E-Prix – Audi Sport Abt Schaeffler driver Lucas di Grassi says his Formula E win in Zurich is the “cherry on top” after a string of podium finishes.

Di Grassi did not score points in the first four races of his title defending season after a series of Audi reliability issues. Once a solution was found in Mexico, he finished second in the next four races before taking his first win of the season in Zurich, almost 12 months after his previous win in Montreal.

“Winning this race in one way was easier than finishing second in Paris or Rome,” he said, “Of course winning is always good, I had a fantastic car today.

“But I tend to look at the weekend and my own performance. I try to perform as best I can. What is difficult in Formula E is not winning the race but the consistency.

“So I try to manage my risks when I cannot win, I finish second or third, that’s what I did to win a championship last year. When I can win, I win.

“We’ve been very unlucky the first part of this season and now the luck has turned a little bit and we’ve managed five consecutive podiums. I think that’s a record as well. With a win now in Zurich it puts the cherry on top of the cake.”

Di Grassi had to fight from fifth on the grid, but went unchallenged in the second half of the race after emerging from the pit stops with a buffer of 2.5 seconds, although he battled battery temperature issues throughout the race.

“We knew it wasn’t going to be easy because of temperature. One of the limiting factors today was the battery temperature for everyone. We knew we had to get it right.

“I tried to save a little bit more energy in the first half of the first stint before I managed to attack all the next three cars in a few laps. I was a little bit lucky to overtake Mitch [Evans] just before the full course yellow.

“But the first part of the race was really difficult trying to overtake everyone. I got very close moments with the walls and Andre [Lotterer] was super hard on defending but the car was good against him.”

Audi’s third win of the season has put it 33 points behind Techeetah in the lead battle for the team’s championship ahead of the New York double header finale.