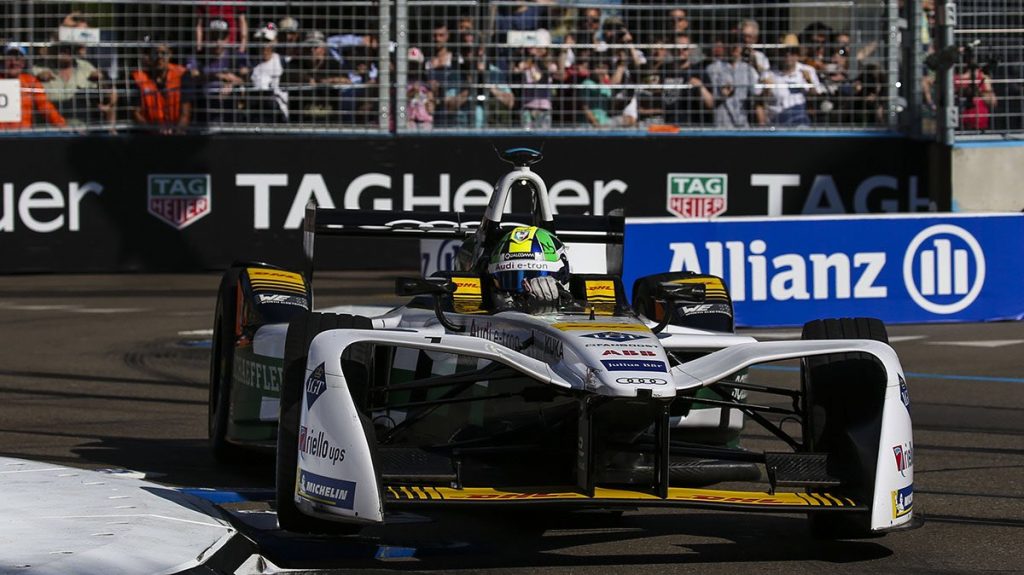 Di Grassi started fifth on the grid, but picked his way through the field which was bunched up by polesitter and early leader Jaguar’s Mitch Evans.

He passed Bird into the final corner to get onto the podium on the 13th of 39 laps, then battled with Techeetah’s Andre Lotterer for second which allowed Evans to pull a small advantage of over 1.5 seconds.

The reigning champion passed Lotterer into Turn 1, then caught and sailed by Evans within one lap to take the lead.

His pit stop was two seconds quicker than those around him, which meant he was unchallenged for the remainder of the race.

Bird brought Vergne’s points gap down from 40 points to 23 ahead of the New York double header in second.

Bird was struggling for pace and slipped behind Sebastien Buemi for fifth, and then later Jose Maria Lopez’s Dragon, when Evans, Lotterer, Lopez, Buemi and his title rival Vergne were handed drive-through penalties for speeding under full course yellow conditions.

Vergne had worked his way up to seventh from 17th on the grid, but fell back to 12th during the pit stop phase as his second car did not start. After serving his drive-through penalty he was 10th where he stayed to the finish.

The penalties put Jerome D’Ambrosio on the podium for the first time since Formula E’s second season. Lotterer managed fourth ahead of Buemi, while Evans fell behind Nick Heidfeld’s Mahindra in seventh.

Antonio Felix da Costa scored eighth for Andretti ahead of NIO’s Oliver Turvey, who came up from last on the grid.

Lopez was set for another points finish but a mistake at Turn 1 put him in the barriers and out of the race.

Berlin winner Daniel Abt’s race was practically ended on the opening lap after being rear-ended by Jaguar’s Nelson Piquet Jr. at the chicane, which tore off his rear wing and broke Piquet’s front wing. Both were forced to pit for repairs which dropped them down the field. Abt finished 13th while Piquet retired.

Rosenqvist went off at Turn 1 while he was being passed by Vergne for eighth, damaging his front wing against the barriers which he had to replace. He was 15th at the chequered flag.