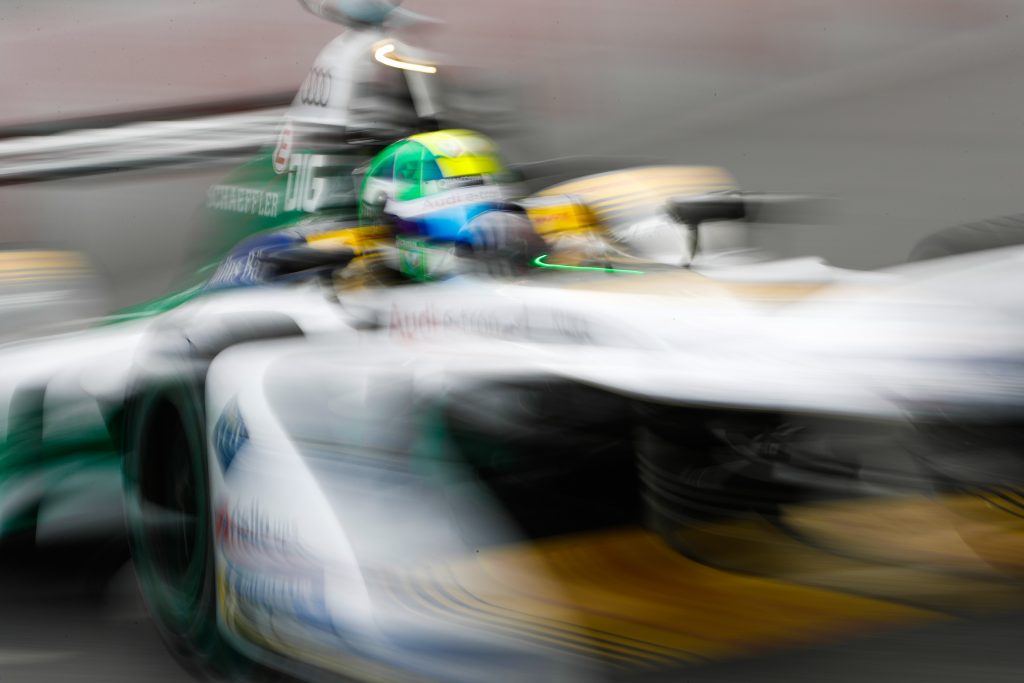 Vergne started 18th on the grid after being disqualified from qualifying, but worked his way up through the field to fifth. With his title rival Sam Bird only ninth for DS Virgin, he has the points lead to wrap up the title a race early.

Di Grassi started from 11th on the grid but too was able to work up the ranks before passing Sebastien Buemi to get into second place to chase leader Abt, who took the lead from polesitter Buemi on lap six of 45.

A quicker pit stop put di Grassi on Abt’s tail, and he passed him into the Turn 11/12 chicane on the brakes. Abt attempted to repass shortly after, but his Audi team put a stop to any racing with the hunt for the team’s championship going down to the wire.

Di Grassi led home a second Audi 1-2 of the season, and his second consecutive victory, ahead of Buemi who scored his first podium since Mexico City, with Tom Dillmann fourth for Venturi.

Nick Heidfeld was sixth for Mahindra ahead of Andre Lotterer’s Techeetah and the Venturi for Maro Engel.

Jerome D’Ambrosio was 13th after running into the back of his Dragon team-mate Jose Maria Lopez at the first corner of the race, damaging the wings on both the cars.

Both were shown the black flag with an orange disc to force them into the pits for repairs. Lopez retired from the race with a technical failure.

Neither Jaguar finished the race, with Mitch Evans retiring almost immediately with a driveshaft failure off the line. Team-mate Nelson Piquet Jr. stopped on track shortly after his pit stop.

Alex Lynn crashed his DS Virgin heavily at Turn 5 after losing the rear of the car through the high-speed left-hander. This brought out the safety car late in the race, and meant the race went to a timed one.