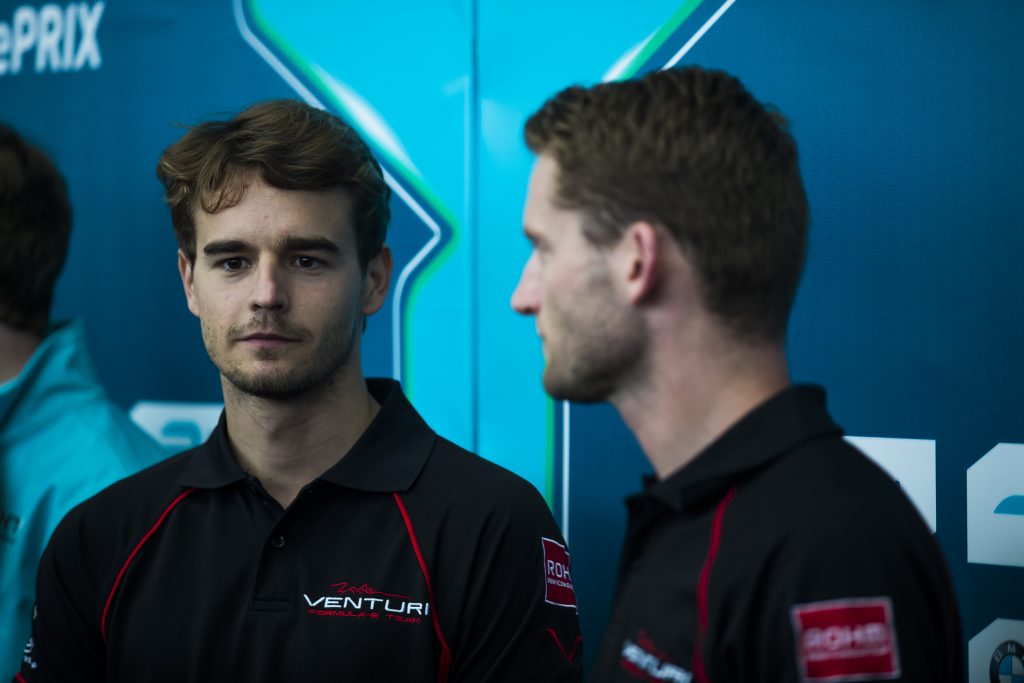 For the second time this season Dillmann is replacing Edoardo Mortara at Venturi due to clashes with DTM. The Frenchman believes his performances as a stand-in, and in the seven races he took part in for the team last season, are worthy are a full-time assault on the 2018/19 campaign.

“To come here, take P4 is proof that I deserve to be here full-time,” Dillmann told Formula Spy.

“Last year in seven races I was in the points four times. Okay I didn’t do a podium or something so maybe people see it as less impressive but nevertheless I was very solid.

“I kept improving and this weekend I kept on that slope. Ninth in quali and it was my best result in the race.

“All the time I jump in the car I am better, but these guys have been here for four years and I’m in my ninth weekend in Formula E.

“In Berlin we had a strong quali but an average race, today the quali put us in a good position for the race and I’m quite good at putting the car in the first few corners. I could do that today.

“I felt faster than the two cars in front so I managed to pass them very quickly to be in free air and deal with my energy and my temperature alone.

“It was a good car from the first laps in FP1 today, I didn’t feel like a replacement guy.”

Venturi has already decided on its driver line-up for next season, with Felipe Massa’s team-mate yet to be announced, but Dillmann is looking elsewhere for a drive. Teams yet to finalise its driver line-up include e.dams, Mahindra, Virgin, NIO and Andretti.

“Venturi is done, they have the two drivers already, this I know. I know that I’m in the market for sure.

“A team has noticed that I’m always strong, even though I don’t drive the car often. But today I was even stronger. I think for sure it’s a good day for that, so I hope it will lead to a full-time seat.”