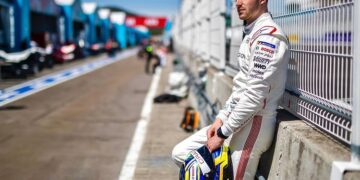 Eriksson to finish the season with Dragon

Eriksson to finish the season with Dragon 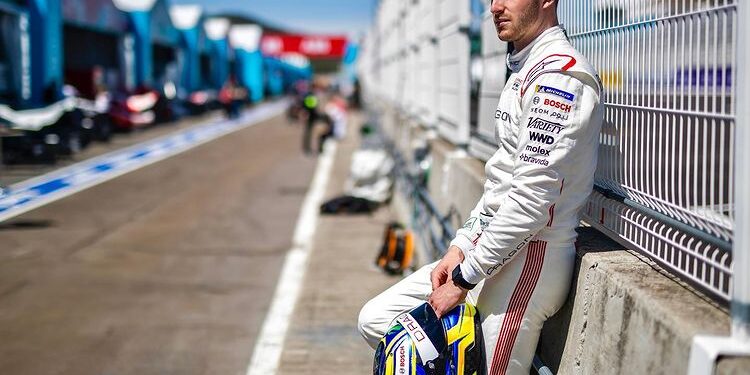 New York City E-Prix –  Joel Eriksson, the Dragon reserve driver, will compete in the final three weekends of the season as Nico Mueller leaves the team.

Eriksson joined Dragon/Penske Autosport in early 2020 and competed for the team in that year’s Marrakesh Rookie Test. The Swedish driver had previously taken part in the 2018 edition of the test for the DS Virgin team.

After Brendon Hartley left the team before the Berlin races last season Eriksson’s fellow reserve driver, Sergio Sette Camara, got the chance to race which then turned into a full time drive, now, one year later the Swede will now also have the chance to prove himself after his one-off replacement weekend has now changed into a four weekend run.

The Swede’s debut weekend, in Puebla, saw him and his teammate having to start at the back and serve a drive-through in the opening round after changing parts, Eriksson taking the chequered flag P17, two places behind Sette Camara. The second round saw him make a mistake in qualifying and start from the back again as a result however he ended the race P15, just ahead of his teammate thanks to the Brazilian having a five-second penalty for a collision near the start of the E-Prix.

“I am thrilled to be back racing in Formula E for another weekend and prove what I can do,” said Eriksson. “Big thanks to Dragon/Penske Autosport for putting this continued trust in me.

“We worked well together in Mexico, and my driving evolved with every session and lap. It is amazing to head across the Atlantic to be part of a World Championship event in New York City itself. It’s a great opportunity and I think it’s going to be very prestigious for all the obvious reasons.”

Nico Mueller, who also made his Formula E start at the Rookie Tests, running with Audi and topping the times for two years before being signed by Dragon ahead of season 6. The Swiss racer took Dragon’s best result since Jerome d’Ambrosio’s win in season 2 when he finished second in the chaotic inaugural Valencia E-Prix earlier this year. However Mueller’s DTM commitments saw him unable to travel to Puebla last time out and would also have seen him miss the London rounds, as a result he has now left the team.

He announced the decision, posted along with a highlights video of his time with the team, on social media saying: “Due to several clashing commitments, DRAGON / PENSKE AUTOSPORT & myself have decided to part ways – meaning I won’t compete in the final 3 rounds of ABB Formula E S7
“Thanks for nearly 2 seasons of passionate hard work & the memories we created. I wish the team all the best whilst my focus is on my DTM & Audi works driver duties – the future is bright!”

📢 1/2 due to several clashing commitments, @DragonRacing_FE & myself have decided to part ways – meaning I won’t race in the final 3 rounds of @FIAFormulaE S7
Thanks for nearly 2 seasons of passionate hard work & the memories we created 🌟#nm6 #fullpull #dragonpenskeautosport pic.twitter.com/z2muX4OkZY

Eriksson meanwhile was delighted to be able to continue in the car and to get to race in New York, posting on his Instagram: “AM I DREAMING RIGHT NOW OR WHAT?!?! I will be back racing in [FIA Formula E] on the upcoming weekend together with [Dragon/Penske Autosport] and guess where… NEW YORK CITY!!! Feels a bit unreal as it has been a dream since a long time to race around the streets of the city that never sleeps. Can’t thank the team enough for the trust. Lets gooo”