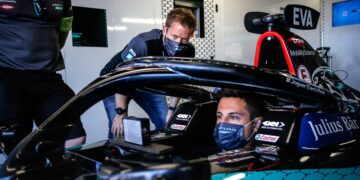 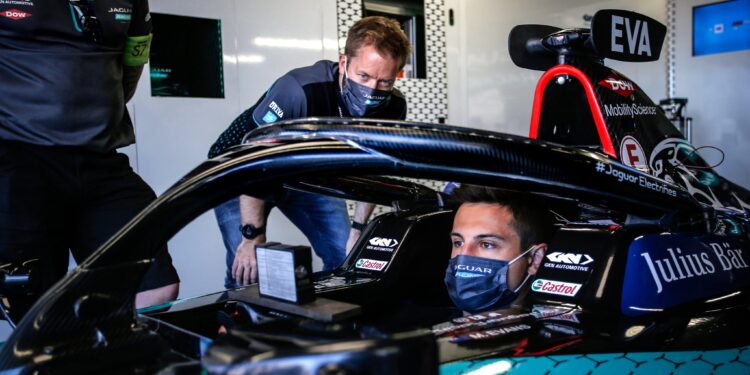 Monaco E-Prix – Jaguar are looking quick in Monaco topping both practice sessions but it was Mitch Evans with the fastest time so far today in FP2.

Evans led teammate Sam Bird in a 1-2 at the end of FP2, a reverse of their FP1 positions, after posting a 1:31.118 in the dying stages of the final practice session. Bird was less than two tenths behind his teammate while reigning champion, Antonio Felix da Costa, was five hundredths further back for Techeetah.

Andre Lotterer, who took his first points of the season finishing 2nd in Valencia last time out, was fourth fastest with a 1:31.471 for Tag Heuer Porsche. While Nissan e.dams, who are debuting their new powertrain this weekend were fifth with Oliver Rowland, who qualified on pole the last time Formula E was in Monaco but didn’t start there as he had to serve a grid penalty.

The top ten was rounded out by the second Porsche and Techeetah cars, Pascal Wehrlein’s 1:31.723 saw him ninth while Jean-Eric Vergne was 0.641 off the leading Jaguar in tenth.

There was a ten minute red flag period during the first practice session when Sergio Sette Camara lost power and stopped just after La Rascasse. The Dragon/Penske Autosport, running their new powertrain for the first time this season, had to be pushed into the pitlane but before that the Brazilian took a hit to the rear as Venturi’s Norman Nato came around the corner too tight and was unable to avoid contact.

Sette Camara’s car was fixed and made it out for the final 7 minutes of FP2, while Nato was handed a penalty point and a two place grid drop by the stewards for their collision.