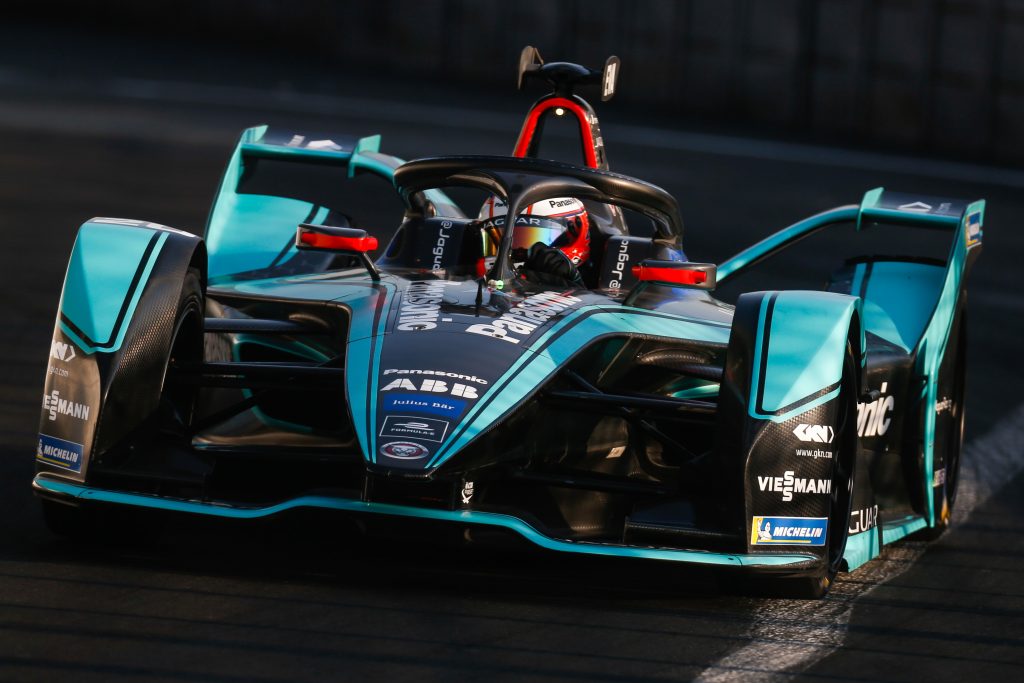 Paris E-Prix – Mitch Evans set the pace ahead of Oliver Rowland and Lucas di Grassi on a drying Parisian street circuit ahead of qualifying for the Paris E-Prix.

With the first practice session taking place in wet conditions, the second session was the first proper chance to assess the circuit in drier conditions, albeit on a ‘green’ track.

Andre Lotterer led first practice in the wet conditions, but on a dry track it was previous race winner Evans who topped the timing screens. The championship contender set a new circuit record of 1:00.226, just two tenths of a second ahead of every driver in the top five.

Nissan’s Oliver Rowland, Audi Sport’s Lucas di Grassi, Techeetah’s Andre Lotterer and the second Nissan of Sebastien Buemi were all within 0.181 of a second of Evans’ time.

It’s been a tough day so far for Envision Virgin Racing, who had Sam Bird in the pits throughout the entirety of FP2 due to the damage he sustained in the opening practice session.

In the tricky conditions, the red flags were brought out twice in FP1 due to damaged cars, and Sam Bird clashed with Buemi on-track, resulting in the Briton needing a new rear wing, and towards the end of the session he made contact with the barrier, which brought the session to an early end.

Team-mate Robin Frijns also collided with the barrier partway through the session, which also brought out the red flags. The suspension damage meant he completed only eleven laps in first practice.

To view the full results from the practice sessions, click here.