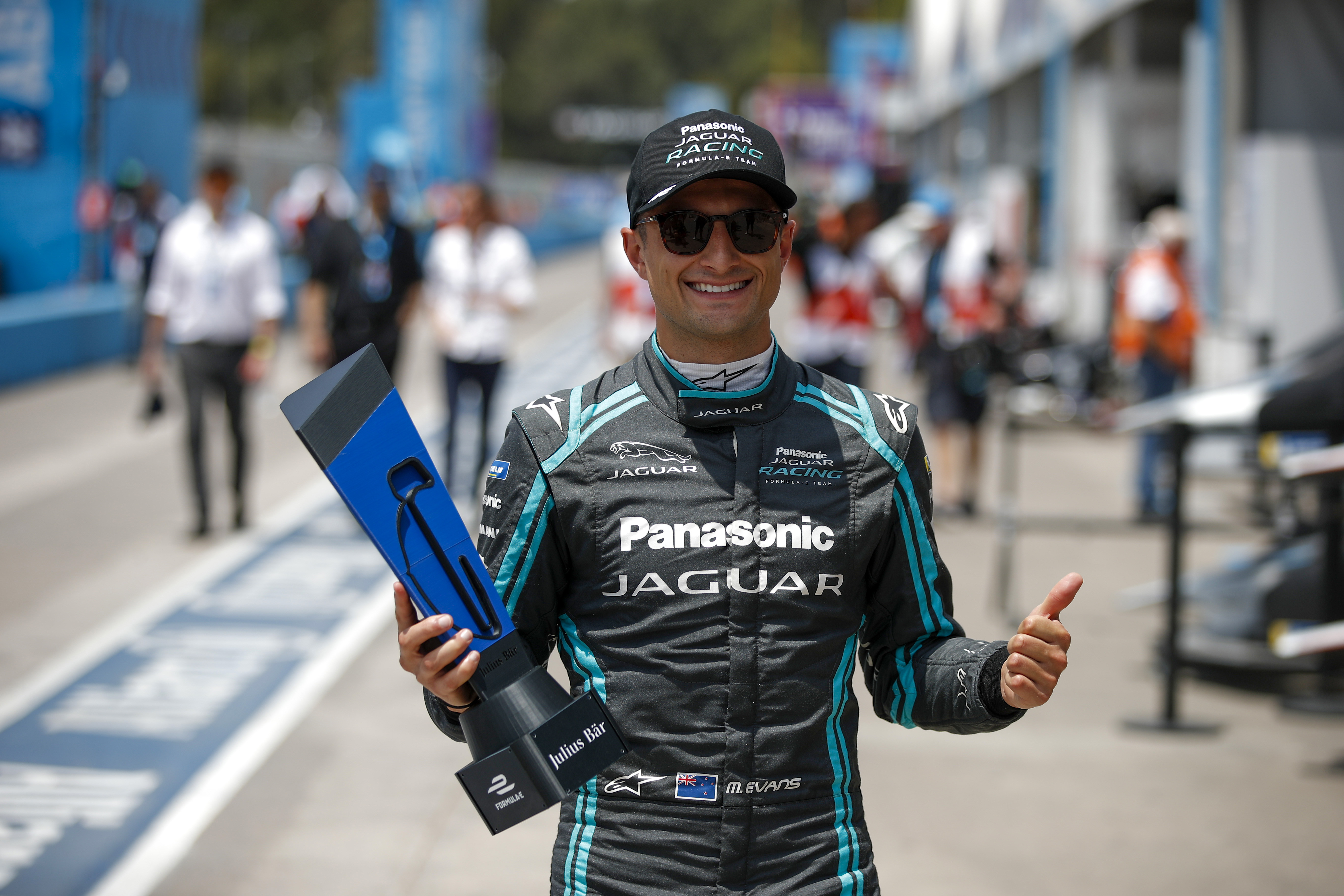 Evans’ Super Pole lap of 1:04.827 was over a tenth faster than the lap he’d put in earlier to top group qualifying. Joining the Kiwi on the front of the grid is BMW i Andretti’s Maximilian Guenther, he had put in a quick lap to take provisional pole but will still start in his highest starting spot yet.

The second row of the grid will consist of Mahindra’s Pascal Wehrlein and Felipe Massa’s ROKiT Venturi who both recorded exactly the same time of 1:05.645. The biggest surprise of qualifying was NIO 333’s Oliver Turvey, who will be racing in his 50th E-Prix today, put in two fantastic laps to first get into Super Pole and then secure fourth place.

The final Super Pole contender was Sebastien Buemi but he struggled in the final sector as he couldn’t find any grip in his Nissan e.dams. Edoardo Mortara will start seventh for ROKiT Venturi, the Swiss racer topped the time sheets after his group 2 lap despite almost crashing with Robin Frijns at the second corner and then having to overtake the Envision Virgin car. When his team radioed to tell him he was quickest his response was a disbelieving “Are you kidding me? It’s not possible.”

The two Mercedes-Benz EQ cars of Nyck de Vries and Stoffel Vandoorne will start eighth and ninth which they are pretty satisfied with after qualifying in the first and second groups. Rounding out the top 10 is Antonio Felix da Costa who admits he underdrove his lap in the DS Techeetah but knows the car a lot of potential for the race.

There were a few incidents during group qualifying, firstly when Oliver Rowland sent his car into the wall similar to the Ma’s session ending crash in FP2, Lucas di Grassi had been right behind the Nissan and ended up going nose first into a wall a few corners later.

The Mortara/Frijns almost crash in group two occurred after Frijns lost the rear of his Envision Virgin at turn one and did a 360 across the run off area onto the track at turn two where he ended up in the path of Mortara. Group three saw Jerome d’Ambrosio’s Mahindra experience a mechanical failure at the final corner which leaves him starting near the back.

After his big crash in the second Free Practice session, Ma Qing Hua’s car was still being repaired by the NIO 333 team during qualifying so the Chinese driver didn’t have the chance to set a lap time.

Click here to see the group and super pole results.