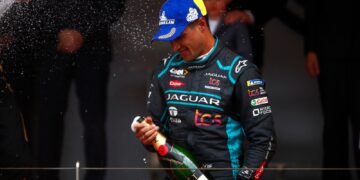 Evans: “When you start on pole, you want to win”

Evans: “When you start on pole, you want to win” 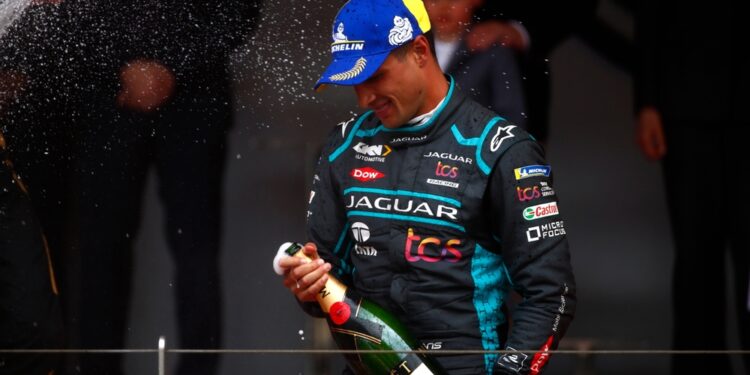 Monaco E-Prix – Mitch Evans was looking to convert pole into his maiden Monaco win but energy issues meant that it just wasn’t to be this year.

Heading into Monaco after winning both of the races in Rome, Evans started his day with a very strong showing in qualifying. Bettering his lap times in each duel, the Jaguar driver cruised to take his first pole of the season and was looking like it might just be the day he finally gets a win around Monaco.

“I was feeling pretty good before the race,” Evans said afterwards. “We had a clear strategy and obviously got the lead at the start. You know for the first few laps I was under consuming, our plan was looking strong until we got the energies and got a bit of a shock when I heard I was down on energy. Obviously towing everybody around wasn’t great but yeah, I was just a bit surprised.”

Jaguar had gone into the race believing they had quite a conservative energy strategy planned but once the numbers came in to show otherwise, they had to quickly change tactics and recover as much as they could, hopefully without losing too much ground while they did so.

“The whole approach changes,” Evans explained. “You start to try and under consume and to recover that energy deficit, because around here it’s quite big. Then Attack Mode started to unfold and I think I got shuffled back a bit, we just lost out with that. I need to look at why we chose the first one because I actually lost out to Pascal, obviously unfortunate for him as he was having a strong race, and I’m not sure what happened with him, but fortunate I could benefit from that.

“It was quite stressful and I think we recovered really well, and to get second today, we were very lucky. We’ll analyse things, obviously something’s gone wrong somewhere because the car felt fine but the efficiency in the energy wasn’t quite there. It’s just typical Formula E, you can’t get too ahead of yourself and you’ve always got to have things perfect. Second’s still good but when you start on pole, you want to win, and especially here. So another year, another podium here but no victory so, it’s life.”

Jaguar Team Principal, James Barclay, called the day bittersweet but said they have to be pleased with a third podium in a row and the fact that Evans hasn’t lost his momentum in the championship after the team had such a slow start to the season.

“After pole position here it kind of feels bittersweet,” Barclay said. “We really want our first win here in Monaco. The team has really worked hard to take this next step in performance so after Rome, another podium, we can’t complain with that. Although the win is going to hurt that it just slipped through our fingers.

“We need to get momentum, it’s what championships are built on and [Mitch] is doing a great job. We’re back to third in the drivers’ championship, we’re third in the teams’ standings now so we’re right back in the hunt. That’s what’s really been important to this point but we’ve got to keep working hard, everyone is pushing absolutely flat out and there’s no place to rest.”