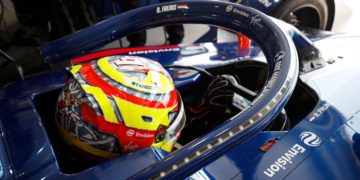 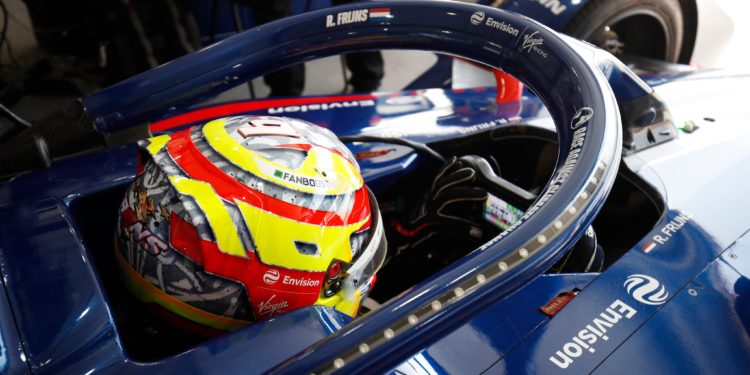 There was drama even before any cars went out on track as given the cause of Edoardo Mortara’s FP3 accident hasn’t been identified yet, though brake failure is suspected, the Mercedes-EQ and ROKiT Venturi cars were not allowed to take part in the session. While Andre Lotterer’s TAG Heuer Porsche hadn’t been repaired in time after his FP3 incident so he also had to sit qualifying out.

That wasn’t it for the drama though, even with only four cars going out in group 1, Rowland, Evans and Rast were nose to tail on the circuit and cutting it very close. Wehrlein was well ahead of them on track and started his fast lap with no trouble while Nissan replicated their perfect timing with Rowland crossing the line just before the cut off while the Jaguar and Audi behind didn’t make it.

In fact each group provided at least one stand out moment. For group 2 it was NIO 333’s Oliver Turvey who went over two tenths faster than Antonio Felix da Costa’s provisional pole time. Group 3 was Tom Blomqvist going even faster than his NIO 333 teammate before FP3 leader Robin Frijns blew them all away going over half a second quicker in the Envision Virgin.

Group 4 though it included big hitters, BMW’s Maximilian Guenther, Jaguar’s Sam Bird and Mahindra’s Alex Lynn, it was the Dragon/Penske cars of Nico Mueller and Sergio Sette Camara, who both put in great laps to bag themselves SuperPole places.

SuperPole was home to both NIO 333s, both Dragons, Virgin’s Frijns and Jaguar’s Bird. As he did in his group, the Dutchman put in a great lap to leave the other in his dust, his 1:07.889 nearly three tenths faster than second placed Sette Camara.

Sam Bird put his Jaguar into third, ahead of the NIO 333 duo of Turvey and Blomqvist while Mueller who had put in a very quick first two sectors got onto the dust and had a very slow end to his pole challenging lap.

Double champion Jean-Eric Vergne will start seventh for DS Techeetah ahead of Nissan e.dams’ Sebastien Buemi. While Alex Lynn qualified ninth but has a three place grid penalty as a result of his clash with Bird during yesterday’s race. The tenth quickest time of the day was set by the second Techeetah of Antonio Felix da Costa.