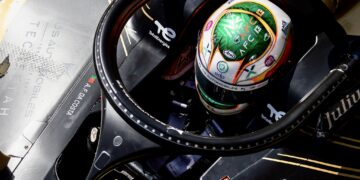 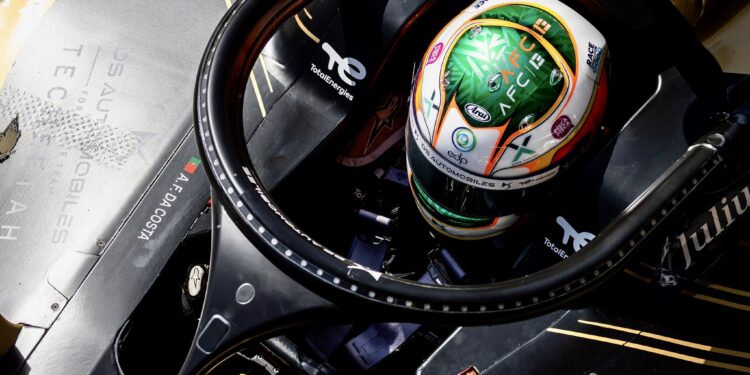 Marrakesh E-Prix – Antonio Felix da Costa had to beat both his teammate and Edoardo Mortara in order to secure his first pole since Monaco last season.

The Venturis were first out on track as the first group got underway while Robin Frijns and Andre Lotterer stuck it out in the pits for a few extra minutes. Edoardo Mortara’s 1:18.683 was the first time on the board but once the opening runs were all complete, it was his teammate Lucas di Grassi who was leading the way with a 1:18.564.

With all cars having to have set a time within the first six minutes of the session, Lotterer crossed the line just as the clock seemed to hit 6:00 but was later put under investigation for a technical infraction so it remains to be seen whether he got the time set correctly.

After that the track went quiet as the cars went back to the garages to prepare for their final runs and at that point it was di Grassi, Mortara, Lotterer and Nick Cassidy in the progression positions.

It was all change as the final laps were set it initially looked like both Venturis would be taking part in the duels but while Mortara’s 1:18.386 saw him end in P1, the two Andretti’s put in great laps at the very end to demote di Grassi to P5.

Mortara will be joined in the duel stages by Cassidy, Jake Dennis and Oliver Askew. Just after the session ended the stewards announced that all of Andre Lotterer’s times would be cancelled so the Porsche driver dropped from P9 to P11. Porsche later revealed that Lotterer was delayed leaving due to a technical issue and completed his lap just 0.4 seconds after the cut off time.

It was the bright red Mahindras who headed out first as the timer started counting down the second group’s track time. Oliver Rowland’s 1:29.595 the first time on the board but it was Sam Bird’s 1:18.811 that was the first of the competitive times posted.

While the Techeetahs took control at the top of the timesheets as they had in FP2 this morning, there were no competitive times set by NIO 333’s Dan Ticktum or Dragon/Penske’s Antonio Giovinazzi who both returned to the pits just as the half-way point of the session arrived.

The Dragon racer had picked up a puncture and was unable to complete a lap while the NIO 333 driver had set a 1:41 lap and did get back out to continue setting times later. As the cars returned to the track for their final runs, it was Jean-Eric Vergne, Antonio Felix da Costa, Mitch Evans and Nyck de Vries who had a provisional grasp on the top four positions.

It wasn’t as dramatic an end as the first group session, but da Costa jumped his teammate to take P1 with a 1:18.150 while Pascal Wehrlein got one Porsche into the duels as he demoted Nyck de Vries so Mortara’s Venturi will be the only Mercedes powered car continuing in qualifying.

While Evans had the initial advantage in as the opening duel started there was no holding Mortara back as the Venturi driver pulled out over two tenths in sector one and then extended and extended to end the lap 0.474 seconds faster than the Jaguar driver.

For the second quarter final Cassidy had the pace over the Porsche of Wehrlein as their duel started but the Envision racer hit the kerb in T7 which lost him time and the Kiwi ended with a slower time than Evans had in the opening duel.

The final two duels were both Techeetah vs Andretti affairs, the first of them was all Vergne, despite a little mistake at the first corner, the double-champion put in the fastest time seen so far, the first into the 1:16s. While Dennis was well off the Techeetah’s time, he still set the fastest of the losing laps, so he will be starting P5 for the race.

In the last quarter-final da Costa was nearly a tenth and a half up in sector one and unless there was a dramatic error, the Portuguese driver would be progressing to an all-Techeetah semi-final. While there was a bit of a mistake for the Techeetah driver, going in too deep at the final corner, he still finished nearly four tenths ahead of Askew.

With a slightly scruffy turn 1, it was Wehrlein with the slightest of margins at the start, 0.023 seconds separating the two after sector one and the head-to-head continued to be very close for the whole lap. The Venturi driver closed slightly up as both drivers set similar sector two times but it was the final sector that made the difference, Mortara getting ahead and opening the gap to over a tenth and a half at the line.

While the first of the semi-finals was a close run thing, the second half of the second duel left that in the dust with only 0.024 separating the two Techeetah drivers at the end of it. Da Costa with the opening advantage, but that was flipped and extended by Vergne but a mistake by the Frenchman brought his teammate back into play and then it the gap was just a few hundredths either way until the very end when da Costa pulled ahead and knocked his championship-contending teammate out of the fight for pole.

The fight for pole saw Mortara take to the track ahead of da Costa but it was the Techeetah who had the advantage at the start with just over a tenth separating the two after the opening sector and while the two set almost identical times in the second sector, the early pace was enough to see the Portuguese to the pole despite Mortara closing up on the run to the line.

With Vergne as the faster of the two who failed to progress past the semi-finals, he will be starting right behind da Costa in P3 with Wehrlein beside him on the second row. Similarly those who lost in the quarter-finals will line up P5-P8 in order of fastest times which means that Dennis and Evans will be on row three while Askew and Cassidy line up behind them.

With da Costa starting the day in Group B, the remaining drivers in that group will take the odd numbered positions on the grid, and group A the evens. So de Vries and di Grassi will be P9 and P10 when the race goes green later this evening. After being handed a three place penalty, and two penalty points, for his collision with de Vries at the end of FP1, Sebastien Buemi dropped from P14 to P17 where he starts just ahead of his teammate.