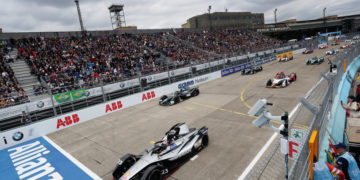 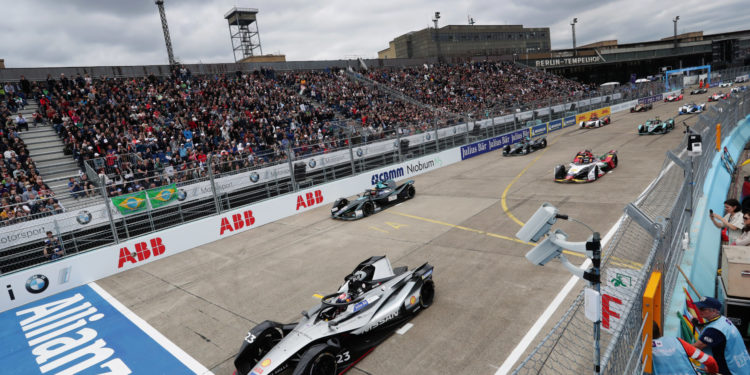 After a five month break, the ABB FIA Formula E Championship is set in Berlin for its six race in nine day showdown to decide the season 6 champion.


It is looking like Formula E will be returning to Irish free-to-air for Berlin as the races are scheduled to be shown on Virgin Media 3. Since the free practice sessions are streamed Formula E’s YouTube and social media channels, it now means that only qualifying will be exclusive to subscribers of the Virgin Media Sport channel. Click here to see all the session times and where to watch them.

The Berlin races will be a series of three double-header events which will each be run with a different track layout. The first two of these tracks will, apart from minor changes to the safety features, be run on the traditional Tempelhof circuit however the first set of races, this Wednesday and Thursday, will run the track in reverse. Come Saturday and Sunday the drivers will be back racing the track as it has been the past few years before a whole new section is added for the final races on Wednesday 12th and Thursday 13th.

Formula E heads into these final races after having completed the first five rounds of the season prior to the suspension. DS Techeetah’s Antonio Felix da Costa leads the championship standings by eleven points to Panasonic Jaguar Racing’s Mitch Evans. The last race before the hiatus saw da Costa take his first win for Techeetah after a brace of second places in the prior events.

BMW i Andretti have had their strongest season so far and are second by eight points only to Techeetah in the teams’ standings, their drivers sit in third and fourth in the drivers’ championship and have each scored a win for the team so far.

The only other race winner in season 6, Envision Virgin Racing’s Sam Bird, has had a difficult time since his victory in the opening round. The Brit, who will be joining Jaguar next season and holds the record of being the only driver to have a victory in each Formula E season, has only managed three additional points since the first round after a run of bad luck and incidents.

Reigning double world champion, Jean-Eric Vergne, lies eighth on the leader board after two retirements in the first three events the Frenchman had seemed to get his season back on track with a fourth in Santiago and a third in Marrakesh but whether the break has interfered in his, and the other drivers’, momentum remains to be seen.

Audi Sport Abt Schaeffler have traditionally been very competitive at their home race winning the past two years, and technically in the inaugural edition before being disqualified, and taking podiums the years they didn’t win too. Despite Lucas di Grassi taking a podium during the second Diriyah E-Prix the Audi team have not been overly competitive so far this season, however, that isn’t grounds to write them off as they didn’t have a great start to season 4 either and ended up winning the teams’ championship that year.

There have been a few line-up changes during the break with drivers being fired, hired and promoted, so the teams will look like this: