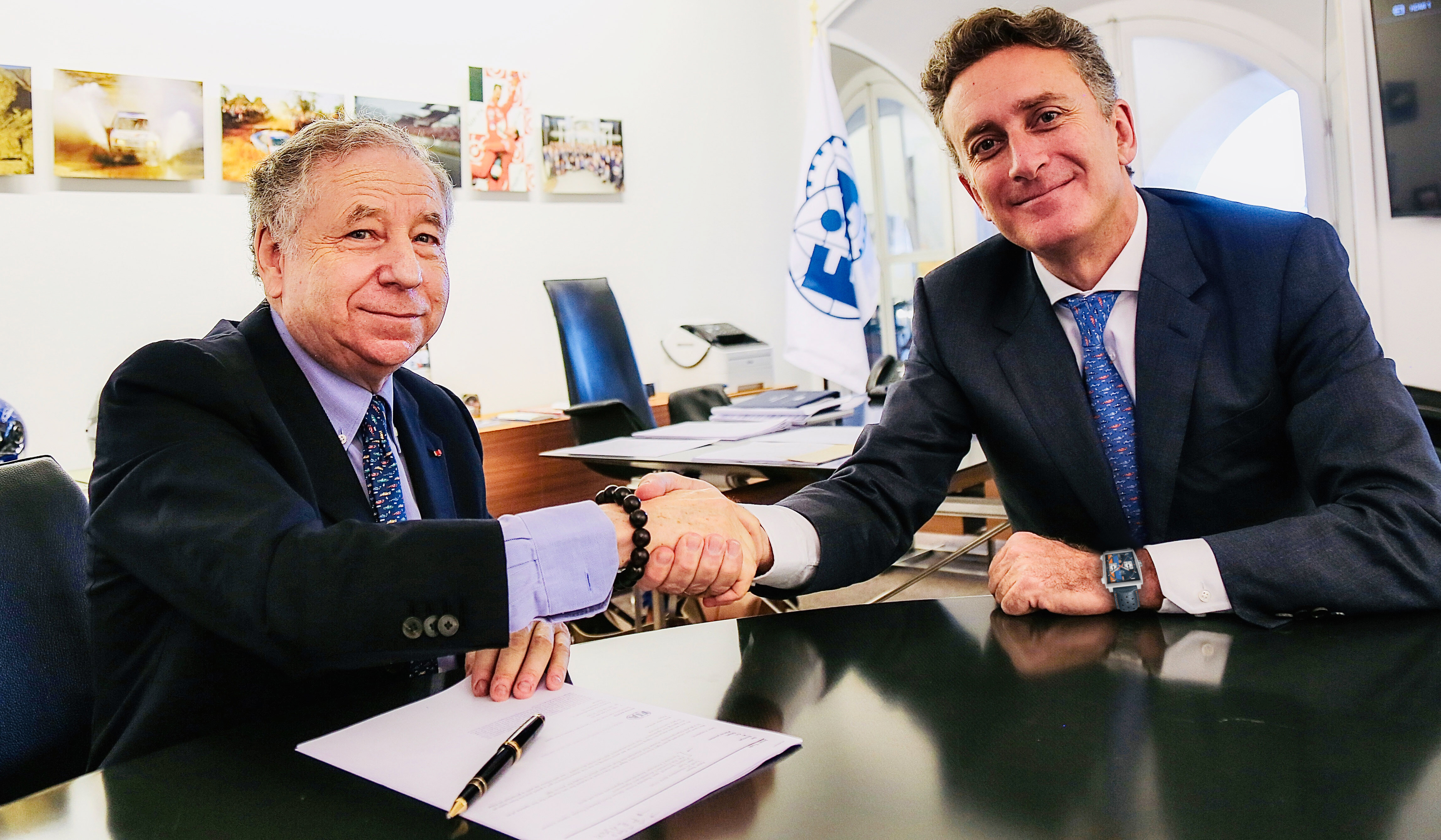 Formula E to get World Championship status from season 7

Formula E to get World Championship status from season 7

The FIA World Motor Sport Council has voted that Formula E will be recognised as a full FIA World Championship series from the start of next season.

In the press release Alejandro Agag, Founder and Chairman of Formula E, stated that world championship status was always the aim for the series and credits the efforts of everyone involved for achieving that goal.

“It was always our ambition to one day become an FIA world championship,” said Agag. “Everything we have done and delivered to this point has been working towards this particular moment in time.

“Achieving the feat and being granted with FIA world championship status adds more credibility to what is already a fully-fledged formula of racing and a spectacular sporting product. This agreement and announcement truly puts Formula E in the top tier of international single-seater racing.

“It has been a tremendous effort from many people involved and none of it would have been possible without the support of FIA President Jean Todt and the federation, as well as the dedication and commitment shown by our teams and partners.

“Now we can say we have done it. But it is only the beginning of a new chapter under the banner of the ABB FIA Formula E World Championship.”

The series, which has just started its sixth season, boasts an impressive list of manufacturers: Audi, BMW, DS Automobiles, Jaguar, Mahindra, NIO, Nissan and Penske, along with the recently joined Mercedes-Benz and Porsche. Before receiving its higher status Formula E still has twelve more rounds this season which will see E-Prix in South America, North America, Africa, Asia and Europe.

President of the FIA, Jean Todt, said he is proud to give Formula E its new world championship status, stating that the series has gone from strength to strength and proven itself relevant to the automobile industry.

“The creation and development of Formula E has been a great adventure,” said Todt. “I am proud that today we confirm its FIA world championship status.

“Since we started this journey, Formula E has undoubtedly gone from strength to strength. Within a short timeframe, the series has proven itself relevant for the automotive industry with two more major car manufacturers having joined the championship at the start of the current season, bringing the total number to 10.

“The commitment and professionalism of those manufacturers and their respective teams is mirrored in the quality of the driver roster, which has improved with every season.

“Since its first race in Beijing in 2014 and with every E-Prix thereafter, Formula E has proven that the concept of cutting-edge electric racing works. I wholeheartedly welcome Formula E as the latest FIA world championship.”

The next Formula E race will take place on January 18th in Santiago, Chile.