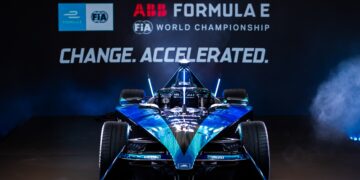 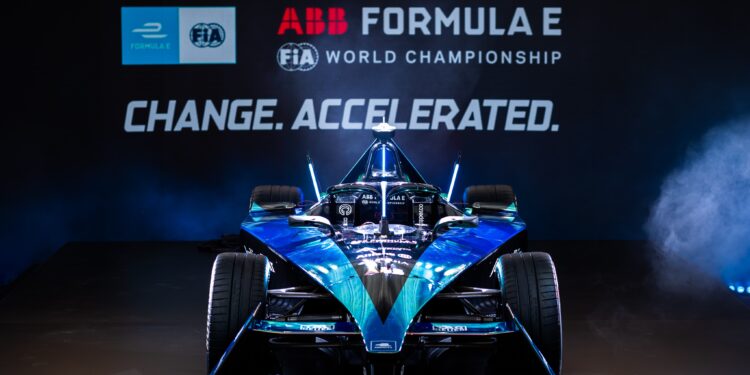 Formula E’s “fighter jet” of a third generation race car has finally been unveiled to the public ahead of its debut in season 9.

Two years in the making, the Gen3 car was designed to demonstrate that choosing sustainability does not mean compromising on performance, and as a result, boasts some very impressive stats for both.

The all-electric series currently has seven manufacturers signed up to go head-to-head in the sport’s new era: DS Automobile, Jaguar, Mahindra Racing, Maserati, NIO 333, Nissan, and Porsche. While the series is also set to add India’s Hyderabad and South Africa’s Cape Town to the list of cities that the Gen3 will race around in its debut season.

“Both technologically and environmentally, Gen3 sets new standards in the sport,” Mohammed Ben Sulayem, President of the FIA, said. “The FIA and Formula E development teams have done a superb job, and I thank them for their hard work on this project. I am delighted to see so many leading manufacturers already signed up to the championship’s next era and await Gen3’s competitive debut in Season 9 with great anticipation.”

60kg lighter than the Gen2, the new car will feature both front and rear powertrains (250kW at the front 350kW at the rear) to give the Gen3 a total power regeneration of 600kW. As a result, it’s estimated that at least 40% of the energy used during races will have been produced by regenerative braking.

Not only that but the cars are capable of ultrafast-charging which could allow for pit stops to top the cars up with 600kW of energy. The design of the Gen3 was inspired by the shape of fighter jets, and is both smaller and lighter than the current generation, which should allow for even more on-track action.

“The Gen3 represents the ambitious third age of Formula E and the ABB FIA Formula E World Championship,” said series Founder and Chairman, Alejandro Agag. “With every generation of race car we push the boundaries of possibility in EV technology further and the Gen3 is our most ambitious project to date.

“The eyes of the world are on the Principality for the Monaco E-Prix and we are proud to reveal a car that’s been two years in the making in the historic home of motorsport. My thanks go to the great team behind it at Formula E and the FIA – the future of all electric racing is bright.”

“Monaco is the spiritual home of motorsport, ” Formula E CEO, Jamie Reigle, added, “and there is nowhere more fitting to unveil our Gen3 race car. The Gen3 disrupts and challenges the conventions of motorsport, setting the benchmark for performance, efficiency and sustainability without compromise.

“Together with the FIA, we are proud to reveal the Gen3 to Formula E fans and demonstrate to the wider sports industry how elite sport, high performance and sustainability can successfully co-exist in the ABB FIA Formula E World Championship. We cannot wait to see how our teams and drivers push the car to its limit in 2023.”