With teams attempting to complete late 200kW laps, Renault e.dams’ Nico Prost crashed out in the final moments of the session.

Whilst he was also on a full-power lap time, Prost locked up whilst braking for turn nine. He ended up off the racing line and his car understeered into the barrier, bringing out the red flag.

This interrupted a final flying lap from Jaguar’s Mitch Evans, who set the fastest first sector of the session before having to back off due to the red flag.

The New Zealander had to settle for third fastest, ahead of the Mahindra Racing duo of Nick Heidfeld and Felix Rosenqvist.

The fastest man in the opening practice session, DS Virgin Racing’s Sam Bird, was sixth fastest ahead of Venturi’s Edaordo Mortara and Audi Sport Abt driver Daniel Abt.

Following his crash in the opening practice session, Renault’s Sebastien Buemi was able to complete a full session, albeit down in ninth place, ahead of reigning champion Lucas di Grassi.

Whilst the number of errors were reduced in the second practice session, drivers still struggled with the bumpy, low-grip conditions of the Chilean circuit.

Nelson Piquet once again struggled under braking for turn three, making an error whilst on a 200kW lap.

The tricky conditions meant several drivers made errors on their final full-power laps, including during combative laps from Oliver Turvey and Felix Rosenqvist.

To view the full results of the second practice session, click here. 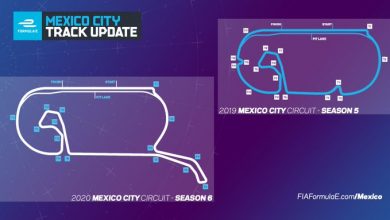