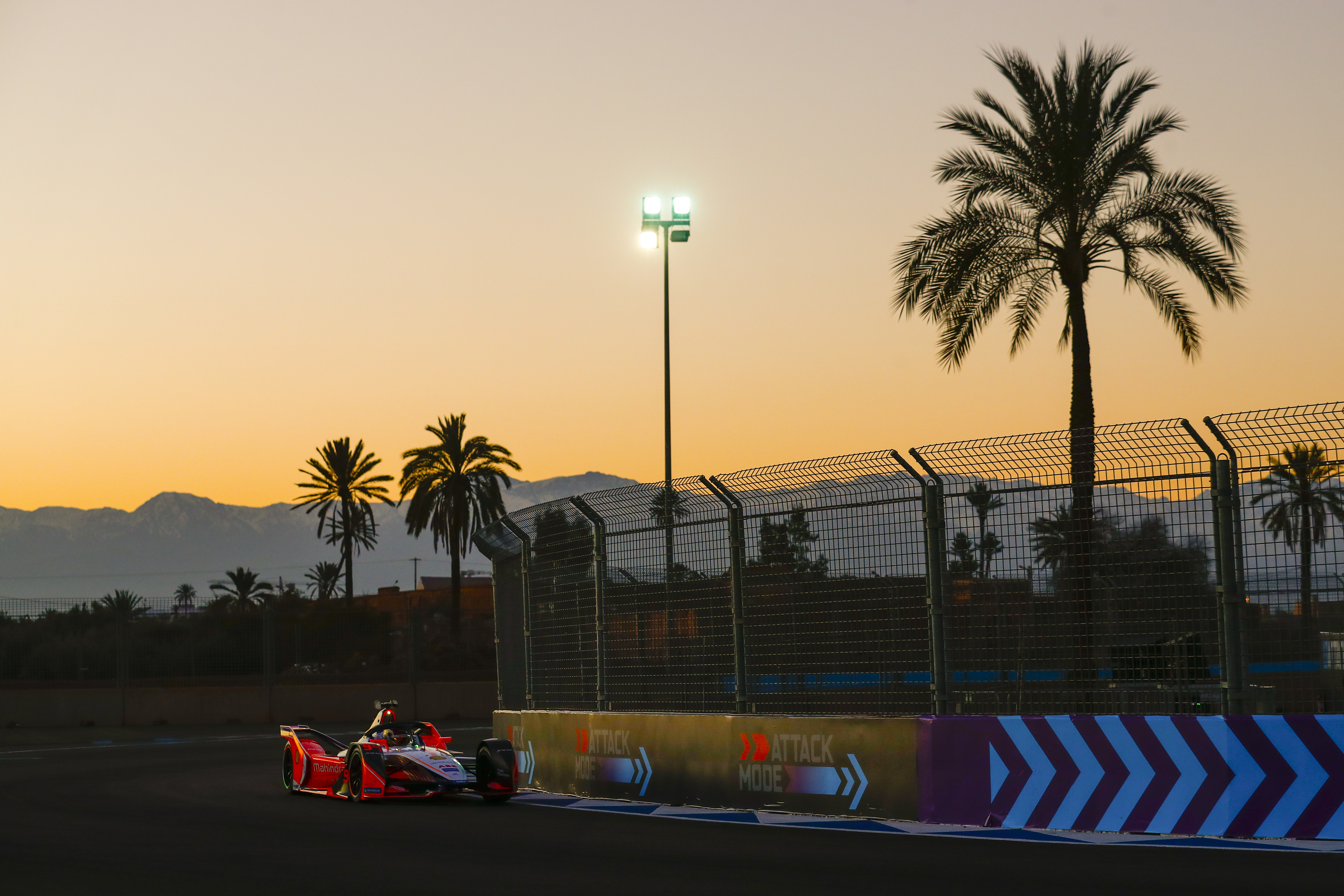 The fifth round of the 2019/20 ABB FIA Formula E Championship, the Marrakesh E-Prix, will see FP1 run after Shakedown on Friday.

Formula E have altered the schedule for Marrakesh to avoid a repeat of last year’s pre-dawn practice session. The 2019 first practice session saw drivers take to the track in near dark and very cold conditions.

Given this season’s Moroccan visit is taking place almost two months later than last year, the sun will be rising earlier at 7:59am compared to January 2019’s 8:32am, however the timetable change will make things slightly easier for the teams.

The change means that the 15 minute Shakedown session will start at 2pm (Marrakesh is on GMT+1, which means it is one hour ahead of Ireland at the moment) with Free Practice 1 for 45 minutes from 4:45pm.

Saturday will then have a slightly later start than usual with Free Practice 2 from 9am before Qualifying at 11am and the E-Prix from 3pm. The Jaguar support series, the Jaguar I-Pace eTrophy, will not be in attendance at the event which makes scheduling alterations less complicated.

The Marrakesh E-Prix is one of the two races the BBC has selected to be shown on one of their main channels, the other being the Rome E-Prix on April 4th. Coverage this Saturday will start at 1:30pm on BBC Two and will once again be hosted by Jennie Gow.