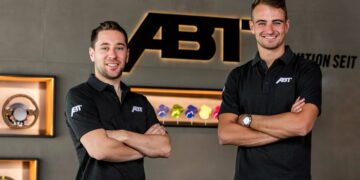 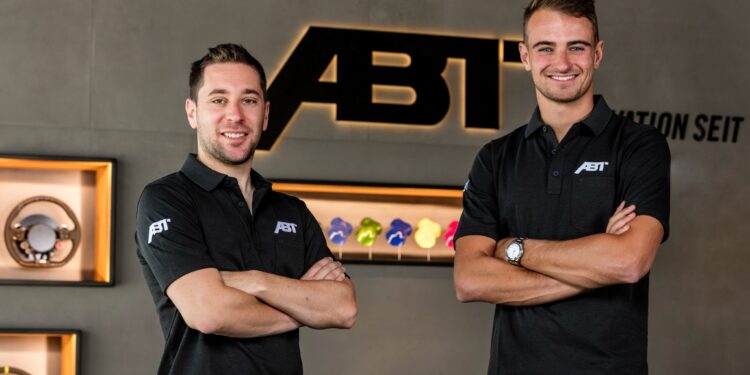 Formula E – Team ABT have revealed some familiar faces for their FE return with Robin Frijns and Nico Mueller teaming up to start the Gen 3 era.

The first team to win a Formula E race, ABT will make their return to the grid next year after sitting out season 8 following Audi’s exit from the sport. While Frijns and Mueller are both seasoned racers in the all-electric series, the two are also well acquainted with each other and the ABT Team having spent three years as teammates for ABT in DTM.

Through those three years Frijns and Mueller both racked up quite a number of podiums and took the Teams’ crown in 2020, their final year together. Team management are delighted to get their “dream team” back together and feel that they will be able to help the team battle against their factory competitors.

“Robin and Nico were our absolute dream team right from the start, because they have everything we need for our Formula E comeback: speed, experience and the right spirit,” said Hans-Juergen Abt, Managing Partner of ABT. “If we want to hold our own against the big factory teams in the new season, we need a small and powerful team. And that’s where Robin and Nico fit in perfectly.”

Thomas Biermaier, ABT’s CEO, echoed the delight with the signings: “We know from our years together in the DTM that they are fast, true team players and share ABT’s passion. The fact that they both chose us, despite other tempting offers, shows how important the ABT family is to them and makes us a bit proud.”

Frijns has competed in six of the eight seasons of Formula E so far, he competed for Andretti in the second and third, before rejoining the series with Envision Virgin for the start of the Gen 2 era. The Dutchman has taken thirteen podiums throughout his time in the sport with his first win coming in the first wet race the all-electric series saw, the Paris E-Prix in season 5.

“I know the ABT team and Nico from the DTM,” Frijns said, “where we had a great atmosphere in the team and were very successful. That’s exactly how we want to continue in Formula E. Of course, it is a big step for all of us and we will have to learn a lot and also quickly. But I have full confidence in the ABT team, which has caused a stir in every racing series in its history. It’s great to be a part of it again.”

Mueller drove for the Dragon team during season 6 and the first half of season 7, and is their most successful racer from the team since the first two seasons having racked up 30 points and a second place in Valencia in the seven rounds he competed in in season 7. The Swiss driver is delighted to be returning to the series and to be teaming up with Frijns and ABT again.

“After our great years together in the DTM, I’m really looking forward to this new chapter with ABT and to my return to Formula E,” Mueller said. And then, I’m also racing together with Robin, with whom I simply had a great time on and off the track – I think there are some good ingredients coming together that will put us in a good position for this new challenge. Personally, I still have a score to settle with Formula E after my difficult year and a half anyway, and I’m happy to have the chance to settle it together with this team.”

ABT will be running Mahindra powertrains for their return to the series and they will have a very familiar face in their supplier’s team after Lucas di Grassi – who won the first race with ABT, became Drivers’ Champion with them in season 3 and helped the team to their Teams’ Championship win in season 4 – announced that he would be joining the Indian team earlier this month.

“The long cooperation with ABT, during which we won the world championship together, is a good basis for the start to the new Formula E era,” di Grassi said. “We’re using the same drivetrain – all the data we’ve collected and my close connection with all the engineers will definitely benefit all of us.”