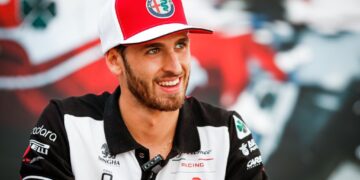 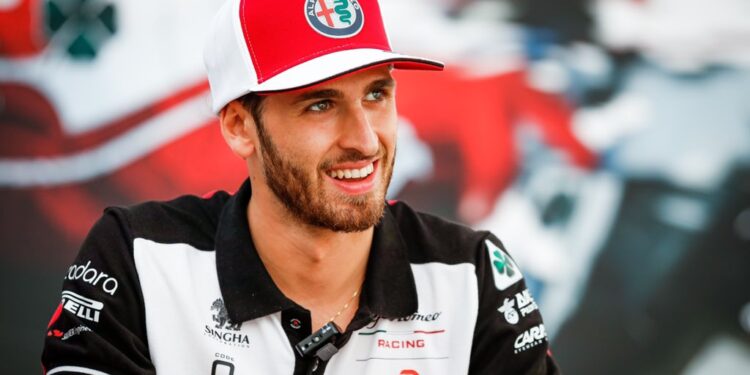 Just a few hours after it was announced he would not be continuing with the Alfa Romeo Formula 1 team in 2022, any speculation over Giovinazzi’s future was put to rest as the Dragon announced their season 8 drivers.

It isn’t the Italian driver’s first encounter with the all-electric series though as he was part of the inaugural Marrakesh Rookie Test back in 2018, where he tested for the DS Virgin Racing team.

“As soon as it was made public that I would not be in Formula One next year,” Giovinazzi said. “I have decided to participate in the Formula E world championship. It is a category which I always followed. I am thrilled to be part of Dragon/Penske Autosport in this all electric racing series which I have already tested three years ago. I would like to thank Jay Penske who immediately showed great interest for having me on board.”

“I can’t wait until I will test my new electric single seater in Valencia at the end of the month. We have an exciting year ahead of us, I will do the maximum to help the team succeed!”

With pre-season testing due to take place between Monday November 29th and Thursday December 2nd in Valencia, and the penultimate Formula 1 race of the year scheduled for the first weekend of December in Saudi Arabia, Giovinazzi will probably not get to complete the full test.

On Monday it was revealed that Sergio Sette Camara would be continuing with the team. The Brazilian racer had his first full season in the series this year after stepping into the race seat for the Berlin races at the end of season six. His best finish so far has been P4 and is looking to continue to score points in the coming year.

“I am very happy and proud to continue with Dragon/Penske Autosport in Season 8,” Sette Camara said. “Formula E is one of the most competitive championships in the world and I will give my absolute best in every single race to obtain the results the Team deserves. I am determined to come back strong!”

Owner and Team Principal of Dragon/Penske Autosport, Jay Penske, believes his team have a very strong pairing heading into 2022: “Antonio is among the most talented drivers in the world, and I am very proud to have him joining the team. With Antonio and Sergio, we are fortunate to now have what I believe to be one of the strongest race line up in the series”