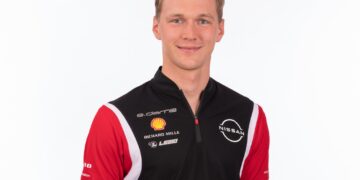 Guenther to join Buemi at Nissan

Guenther to join Buemi at Nissan 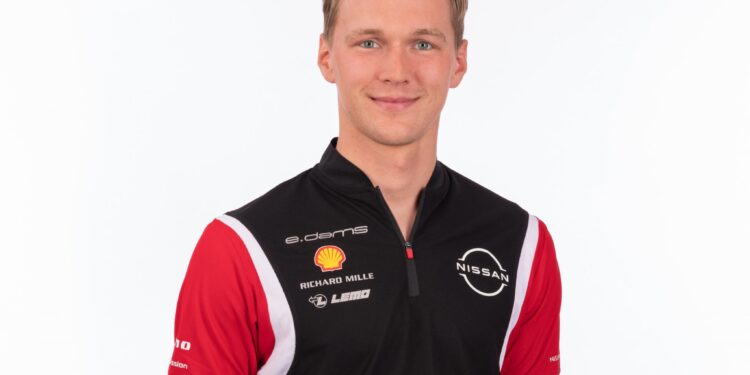 Nissan e.dams have announced that Maximilian Guenther will compete for them alongside Sebastien Buemi in season 8.

Guenther joined the Formula E grid with Dragon in season 5 and impressed in the American car with multiple Super Pole appearances and securing the team’s best finishes of the year with fifth in both Paris and Bern.

The young German then joined up with BMW i Andretti and, over their two seasons together, racked up three wins and a second place. The first of those victories, at the 2020 Santiago E-Prix, saw Guenther become the youngest driver to win in Formula E so far.

“It makes me feel very proud to become part of the Nissan e.dams family,” said Guenther. “The team has big ambitions in the ABB FIA Formula E World Championship and I’m full of motivation to contribute to the success of this project.

“To compete for one of the biggest car manufacturers in the world is an honour and a great new step in my career. I am looking forward to this exciting journey and I cannot wait to drive my first laps in the Nissan IM03.”

As with their new signing, Nissan also entered Formula E for season 5, taking over from Renault as e.dams’ manufacturing partner. The team’s initial line up was going to be e.dams stalwart, Sebastien Buemi, and Alexander Albon. Nissan’s first pre-season test was disrupted when Albon was offered the Toro Rosso drive leaving Buemi to test both cars for the first two days.

Oliver Rowland joined the team for the final day of testing and stuck with them for three seasons, picking up five pole positions and five podiums, including a win at the penultimate Berlin race in 2020. The Brit is expected to be joining Mahindra, who he made his Formula E debut with in season 2 replacing an injured Nick Heidfeld for the Punta del Este round, for season 8.

“Maximilian joining our team is yet another exciting chapter in our Formula E story,” said Gregory Driot, co-team principal of Nissan e.dams. “His speed and determination will be a valuable asset to driving the race team forward.”

While Guenther’s new teammate, Buemi, commented that: “It is great news to be partnering with Maximilian from season eight. He’s an impressive driver with lots of pace, and I can’t wait to work together with him. I feel like we’re in a great place to pursue success and hopefully clinch some victories next season.”

Ashwani Gupta, chief operating officer at Nissan Motor Co., Ltd. added that: “I am delighted to welcome Maximilian to the Nissan global motorsports family. Maximilian brings a wealth of experience, having three Formula E race victories under his belt. I am sure that he will very quickly settle in and succeed in what is one of the most talented grids of any global motorsports series.”

The Nissan race pairing will be complemented by the continuing line-up of test and reserve driver Mitsunori Takaboshi and simulator driver Jann Mardenborough.