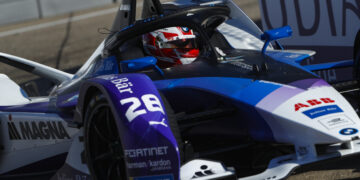 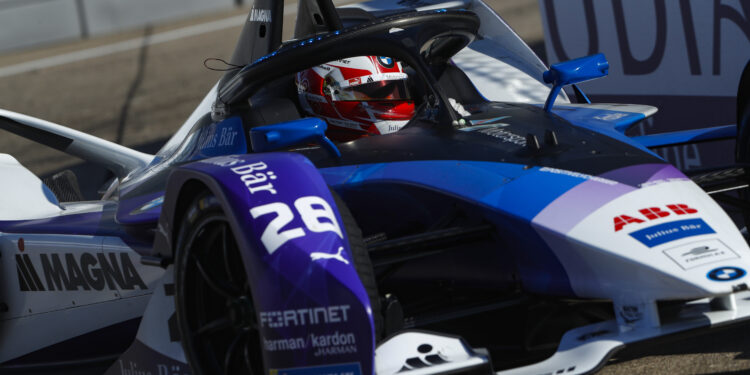 Guenther, who has been the fastest driver in testing in Valencia for the past two years, once again topped the times at the Circuit Ricardo Tormo with an early quick lap which put him as the first under 1 minute 27 seconds, with a 1:26.958, and was good enough to hold off the rest of the grid. It was a very competitive session, with twenty-two of the drivers setting times within eight tenths of each other, which means absolutely everything will count in qualifying later.

There were only two other drivers with laps under 87 seconds, they were Mahindra’s Alex Lynn who was 0.012 off the BMW i Andretti while the winner of the opening round of the season, Nyck de Vries was 0.031 behind for Mercedes EQ.

Reigning champion Antonio Felix da Costa, who put in the fastest FP1 time, was fourth for DS Techeetah with a 1:27.041, while Nissan e.dams’ Oliver Rowland was a tenth off in fifth. Rene Rast was the best of the Audi Sport Abt Schaefflers putting in a 1:27.107 for sixth.

Tom Blomqvist put in a great time of 1:27.122 to make him the best of the NIO 333’s in seventh with Sebastien Buemi a further two hundredths back in the second Nissan. The top ten was rounded out by Andre Lotterer in the Tag Heuer Porsche with a 1:27.150, and Rokit Venturi’s Norman Nato who was just 0.213 off Guenther.

As Valencia is a traditional circuit with grass, gravel and run off areas surrounding the track instead of Formula E’s usual walls, Race Control had to delete quite a few times as they were set by cars going outside the track limits.