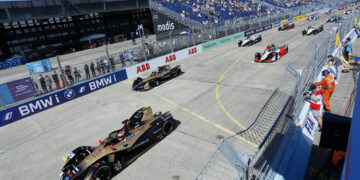 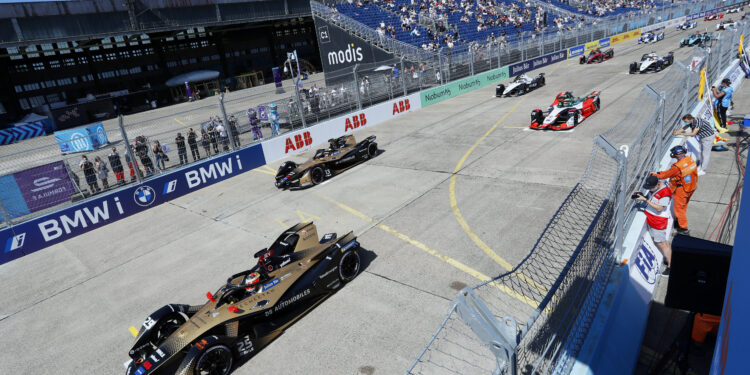 For season 8, Formula E has scrapped the qualifying format that has been mostly the same since season 1 and has something very different planned instead.

The qualifying format that the series has had for the past few years, with the championship leaders having to set their times first while those with less points usually had the advantage of a cleaner track and better grip, did lead to some very mixed-up grids and make the racing very unpredictable. However, the format was always a topic of contention for drivers.

Those higher in the championship were decidedly unimpressed by constantly being first out to set their times, though the fact that their closest rivals also had to deal with the same disadvantage was some consolation.

And now for something completely different

The new qualifying format, while a bit more complicated than the old, should put those complaints to rest, but drivers are a resourceful bunch so you can be sure they’ll have some new complaints ready for the new system. As with the previous format, championship order does play a part here but on a much less impactful scale, one that shouldn’t make those doing well in the championship feel as if they are being punished for their success.

The first part of qualifying will now consist of two groups of 11 drivers each, group A consisting of the drivers in the odd numbered championship points positions (1,3,5, etc), while group B will have those in the even placed championship positions (2,4,6, etc). Given there’ll be no points on the board for this Friday’s opening round of the season, the groups will each have one driver from each team.

Each group will have 12 minutes of track time for the drivers to post their flying laps, though they must all have a time on the board by the half-way point of the session. The cars will have a maximum of 220kW of power during the group stages and that will be upper to 250kW for the duels.

Initially the groups were to have 10 minutes of track time but after trialling the format during pre-season testing at Valencia last year, the extra minutes were added. Talking at a Jaguar TCS Racing media event last week, Team Principal James Barclay explained that the initial allotted ten minutes didn’t allow for much more than two flying lap runs from teams and if any driver got brought into the weighbridge for a random FIA inspection after their first lap, there would not have been enough time to get a second run in.

The fight for pole

Once the groups are finished, the fastest four drivers from each then proceed to the knockout “duels”, where each duel has two drivers each getting one lap to post a time and the faster driver wins.

The first stage, the quarter-finals, sees the group A drivers take on the group B drivers with the P1 driver from group A duelling the P4 driver from group B, A’s P2 driver competing with B’s P3, A’s P3 vs B’s P2, and finally A’s P4 vs B’s P1. The driver with the lower group position having to go first in their duel.

The winners of the first two quarter-finals compete in the first semi-final, and the victors in the second two quarter-finals heading into the second semi-final. Unsurprisingly then, the two winners of the semi-finals head to the final and compete for pole position and the three points that go with it. In both the semis and the final the driver with the slower lap time from the previous round will be the one to take to the track first for the duel.

How the rest of the positions are decided

Third and fourth places on the grid will be filled by the defeated drivers in the semi-finals, the higher grid spot going to the one who had the quicker time. Places five to eight will host those who didn’t progress past the quarter-finals, again based on fastest lap times.

The drivers who didn’t make it out of the group stages have to wait until the final is run and the polesitter decided before they know exactly which grid-slot will be theirs for the E-Prix, as positions nine to twenty-two are awarded based on which group the driver who got pole started in.

Those in the group the eventual pole winning driver started in will get the odd numbered grid positions, from P9 to P21, while the other group take the even numbered slots, P10 to P22.

Over the course of the Super Pole years we’ve seen multiple occasions where drivers push the limits a bit far on their lap and damaging their car, with so many rounds of duels now on the cards, the chances of damage are higher. So what happens if a driver damages their car but still wins the duel? Can repairs be made or are the options limited to continuing with damage or forfeiting?

When that scenario was put to Jaguar TCS drivers, Mitch Evans and Sam Bird, last week it shouldn’t be surprising that Bird, as one of the two (Lucas di Grassi being the other) most experience drivers on the grid having competed in every Formula E race so far, had not only the answer but personal experience of that exact issue to share. The answer: “Parc Ferme”.

In Marrakesh 2019, there was an incident in the pit lane after Bird’s group finished their laps which saw the British driver taking diffuser damage. As Bird’s lap saw him through to Super Pole the choice was to continue and fight for pole with a wounded car or, break the parc ferme conditions to repair which would see him starting from the back.

Continuing with the damage didn’t work out too badly for Bird on that occasion, he went on to take pole but feels that, with regards to the duels, any damage will be the driver’s fault so they just have to deal with the consequences. Evans meanwhile hadn’t considered that possibility but, after hearing his teammate’s explanation, figures he might have to be slightly more careful.

Qualifying through the seasons

Season 1 – all drivers participated in a lottery where they would each pull a number, between 1 and 4, out of a bag and that would decide which group they would be in for qualifying. Each group would have 10 minutes to set times and once the four groups had run, the grid was set according to those times.

Seasons 2 & 3 – similar to season 1 with the lottery format, but groups would only have 6 minutes of track time each and after that the top 5 on the timesheet would progress to Super Pole. There the drivers, in reverse order, would go out one at a time to set a flying lap, and decide how the top 5 would line up. Positions 6-20 were decided on times set in group qualifying.

Seasons 5, 6 & 7 – Like season 4 except without a lottery. The top five in the championship would always go out first, followed by the five with the next most points, then the next six and finally the six with the least championship points would go out last. The fastest six after all groups had set times would then continue to the Super Pole shootout.
With 11 teams in season 5, groups 1 and 2 contained five cars while groups 3 and 4 had six. In seasons 6 and 7 there were 12 teams which meant groups were even with all containing six cars.