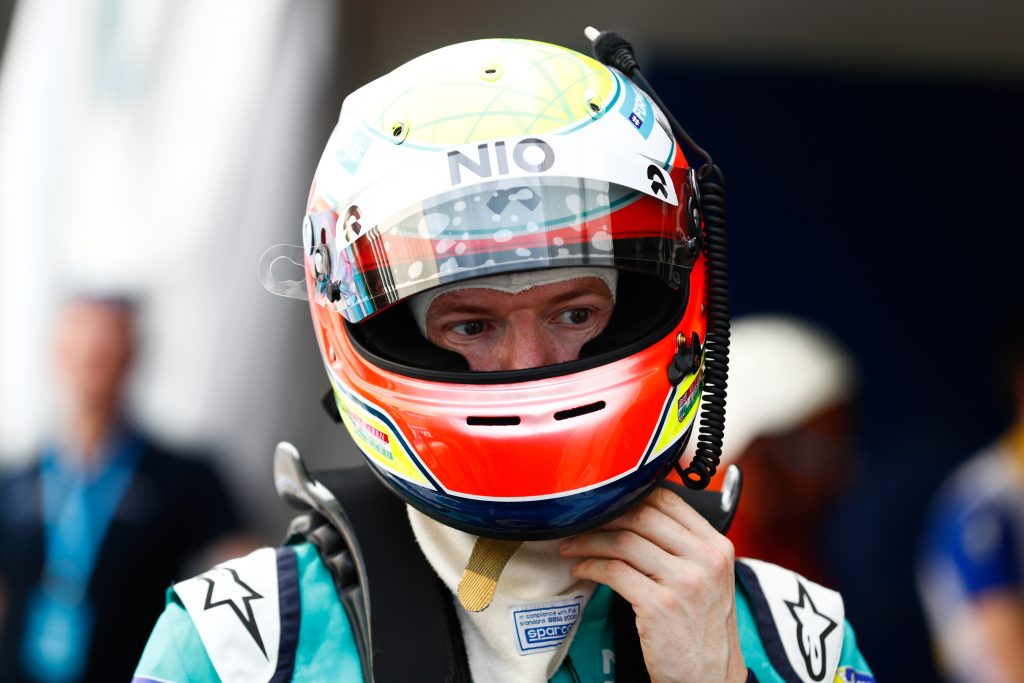 Turvey crashed at the final corner in second free practice and has sustained a fractured wrist. After being evaluated at the medical centre he was taken to Brooklyn hospital, he missed qualifying and will not take part in the race.

Teams are not allowed to replace drivers in the final three races of the season, unless it is in special circumstances such as Venturi needing to replace Edoardo Mortara with Tom Dillmann as he had an existing DTM contract, meaning Luca Filippi will be the sole NIO car on the grid for Saturday’s race.

“This morning, during the second free practice session for round 11 of the ABB Formula E Championship in Brooklyn, New York, #16 Oliver Turvey made heavy contact with the outside wall at Turn 14 on his second qualifying simulation run,” read a team statement ahead of qualifying.

“Having returned to the NIO Formula E team garage Oliver felt unwell and was taken to the medical centre at Red Hook Circuit.

“The decision was then made to further examine Oliver’s left hand in hospital. As a result, he shall not be taking part in qualifying.”

The stewards have since confirmed that Turvey will not take part in either of the two New York races, with reserve driver Ma Qing Hua set to take his place for Sunday’s race.

Turvey’s abscence from the race will promote the two Techeetahs of Jean-Eric Vergne and Andre Lotterer to 18th and 19th respectively.