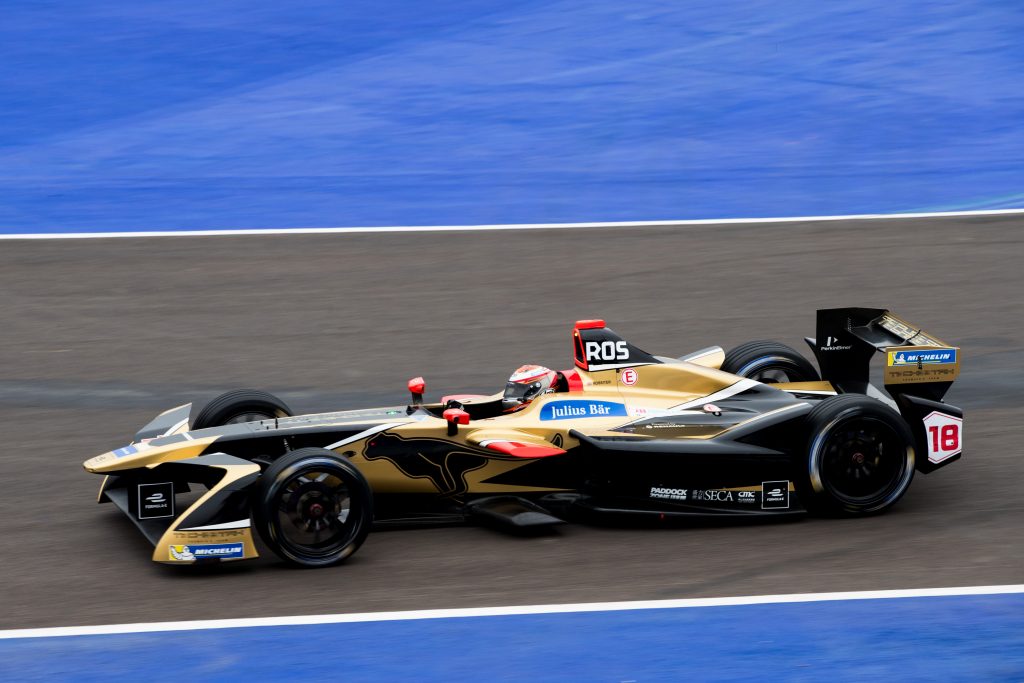 The Techeetah Formula E team has announced that James Rossiter will join as development driver with immediate effect.

Currently racing in Super GT and Super Formula, Rossiter was credited alongside Frederic Makowiecki for Techeetah’s pace turnaround during their work at the post-Marrakesh rookie test.

Techeetah went on to score the first 1-2 finish for a team in Formula E history at the following round in Santiago, launching the title challenge it currently leads ahead of the New York finale.

“I’m very excited to join Techeetah as its development driver. Formula E is a really exciting space right now and it’s no secret that I want to be in the championship,” Rossiter said.

“I’m still racing in Super Formula in Japan and so when role surfaced to become the championship leader’s development driver, it was the perfect solution.

“I will help with the development work and I’ll be working closely with the engineering team and the drivers, all whom are close friends, so it will be a great season together.”

Team principal Mark Preston added: “We’re extremely happy to welcome James to Techeetah. He has a wealth of experience from Formula One, Super Formula and really impressed us at the rookie test in Marrakesh earlier this year.

“Having someone with James’ experience to help us with our development is invaluable for us. The stakes are getting higher each season and as we grow as a team, we will be adding talent to our roster, and James is the first of these announcements.”

Techeetah is expected to announce its partnership with DS at the end of the current season. Its driver Jean-Eric Vergne and Andre Lotterer were recently announced as DS’ test drivers.