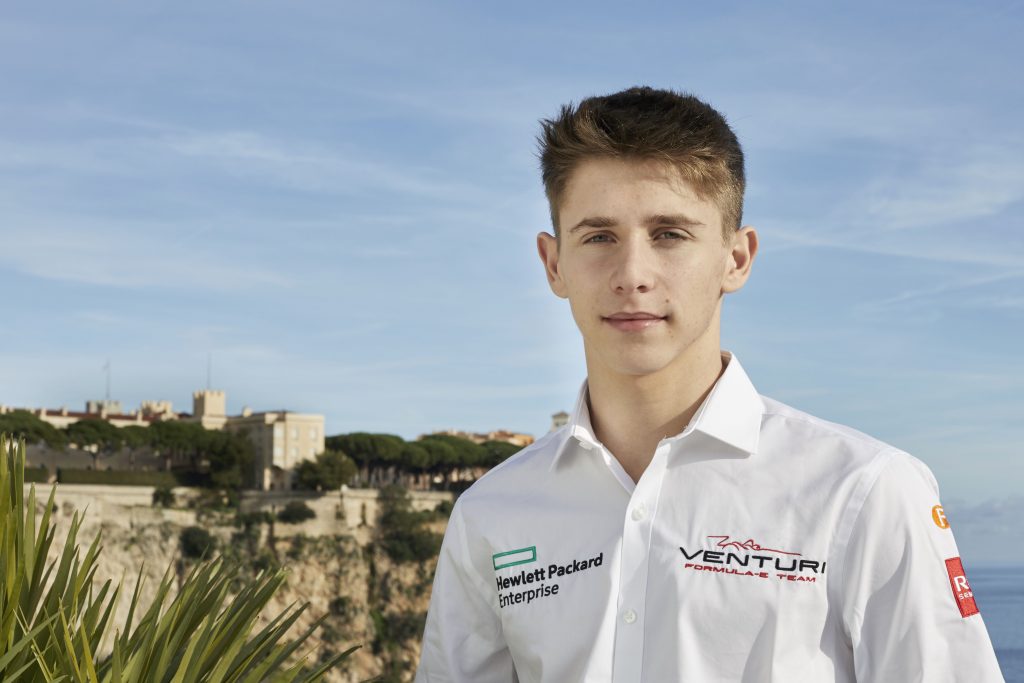 Arthur Leclerc has been given an opportunity to test for the Venturi Formula E team at the Rookie Test, which follows this weekend’s Marrakesh ePrix.

The brother of Ferrari driver Charles Leclerc, Arthur has already sampled a Gen2 car – brought in for the start of this season – in a private test in Spain, but will have another chance to impress at an official Formula E test session.

The 18-year-old joined Venturi as part of their driver academy last March, which is aimed at preparing drivers specifically for electric motorsport. He will share driving duties with Formula Two racer Norman Nato.

“I’m honoured to be selected by VENTURI and as a Monegasque, it’s particularly special for me,” said Leclerc.

“I will dedicate myself completely to the team in their quest to optimise the VENTURI VFE-05 and I’m very grateful for the opportunity to drive this outstanding car again. Formula E is a pioneering, inventive and young championship, and one in which I am very keen to play an active part.

“I’m fortunate to be involved in it at such an early stage in my career and I want to thank Gildo [Pastor, Venturi President] and Susie [Wolff, team principal] for believing in me.”

“Arthur has shown promise in Karting and F4 and I’m looking forward to seeing how he gets on in Marrakesh. Both he and Norman, alongside Simona [de Silvestro, reserve and development driver], will both play a very valuable role at this early stage of the season where critical development can take place.

“We took home some key learnings in Ad Diriyah, we have plenty of work ahead over the coming races, rookie tests like these give the team important opportunities to improve.”