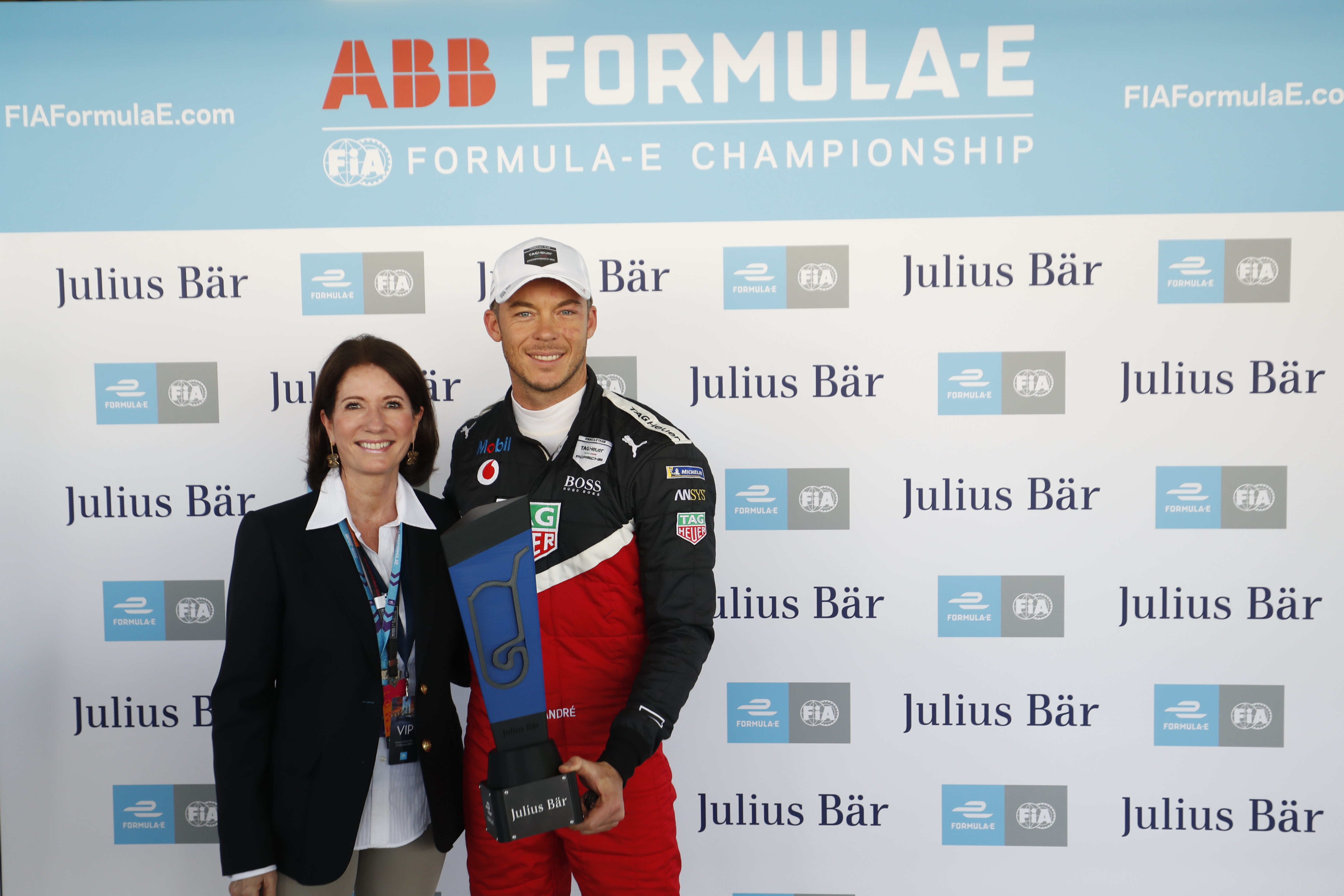 Lotterer put in a good lap during group qualifying, his group two lap placed him in third and his time wasn’t challenged by the following groups. Making it into Super Pole, the German had a pretty spectacular lap with lock ups and slides but they didn’t prevent him from winning Porsche’s first Formula E pole with a 1:07.922.

Mitch Evans topped the group qualifying but says he got understeer in the final part which lost him a tenth of a second. The Panasonic Jaguar racer’s lap came in at 0.063 seconds slower than Lotterer.

Pascal Wehrlein minimised his penalty by taking third place for Mahindra Racing. The German was given a 40 place penalty for gearbox changes so he will start at the back with a Drive Through Penalty while his teammate’s 14th place means Jerome d’Ambrosio will have to serve a 10 Second Stop and Go penalty along with starting from the back.

Nyck de Vries put his Mercedes-Benz EQ into fourth ahead of Sebastien Buemi’s Nissan e.dams. Sam Bird was the only driver to make it to Super Pole from the first qualifying group but the Envision Virgin racer wasn’t overly happy with his Super Pole lap.

The second Envision Virgin car, driven by Robin Frijns had to settle for seventh with his 1:08.435. Nico Mueller put in a good lap for Geox Dragon Racing to take eighth while the two DS Techeetah drivers of Jean-Eric Vergne and Antonio Felix da Costa finished out the top 10. Vergne was complaining about brake issues he was dealing with but his teammate had a more optimistic outlook saying that they were going to be okay.

Championship leader Stoffel Vandoorne placed 11th in the other Mercedes-Benz EQ after his group one lap. Oliver Turvey didn’t get to complete a lap as his car stopped at the final corner but was able to get back to the pits before yellow flags would have interfered with any of the other drivers laps.

Daniel Abt didn’t compete in the session as he was still being checked out in the hospital after his crash in the first free practice.