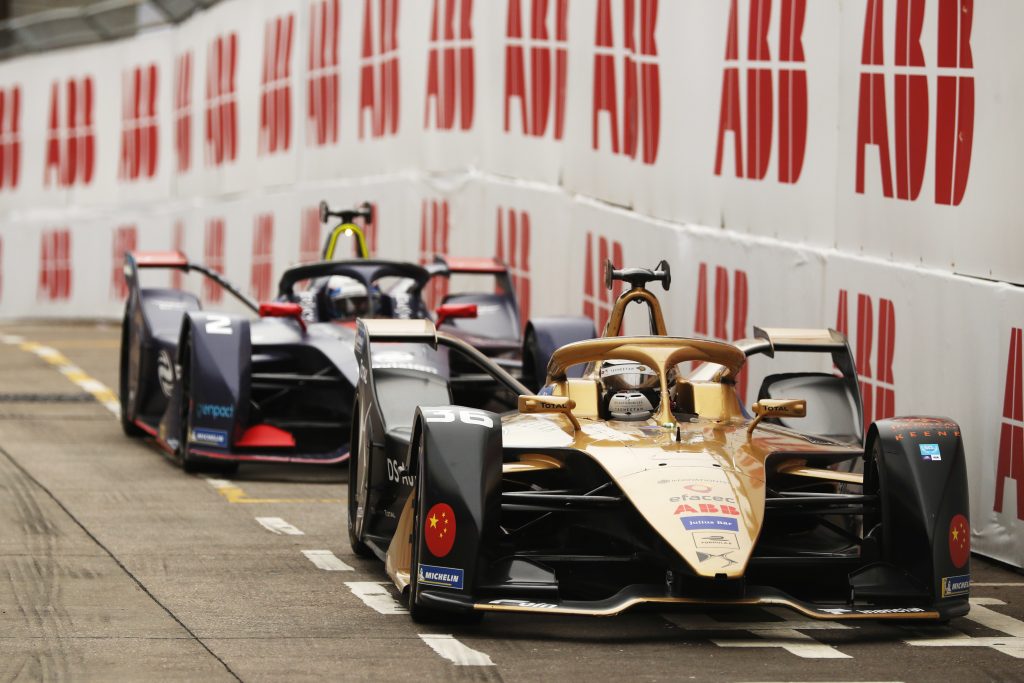 Hong Kong ePrix – Andre Lotterer believes that his collision with Sam Bird was “not fair at all” after retiring from the race and leaving the weekend without any points.

The Techeetah driver had been in a race-long battle for the lead with Envision Virgin Racing driver Sam Bird, with the duel reaching boiling point in the closing moments of the race.

Following a safety car period, second-placed Bird was looking to pass into turn two. However, he locked up and collided into the defending Lotterer, with the collision giving the Techeetah driver a puncture and broken suspension.

Bird went on to take the win, whilst Lotterer fell out of the points and retired on the final lap of the race.

“It was supposed to be a really good day until the last lap, when I got hit in the back by Sam Bird. It [the collision] destroyed my tyre, my suspension and that was it,” said Lotterer.

“It wasn’t really a fair move…not fair at all I’d say. We go home empty handed.

“The race was fair up to that point, but it is what you would call a disgusting move because it is not really the way we should race.

“It’s pretty sad because even if he’s under investigation, I can’t get that back. The good thing is we had the fastest lap and a good car, so we’ve got to look to Sanya to go better again.

The incident was investigated by the stewards and Bird was later handed a five-second time penalty. This demoted him to sixth place and gave the win to Edoardo Mortara, who inherited his and Venturi’s first Formula E victory.

To view the updated results of the race, click here.