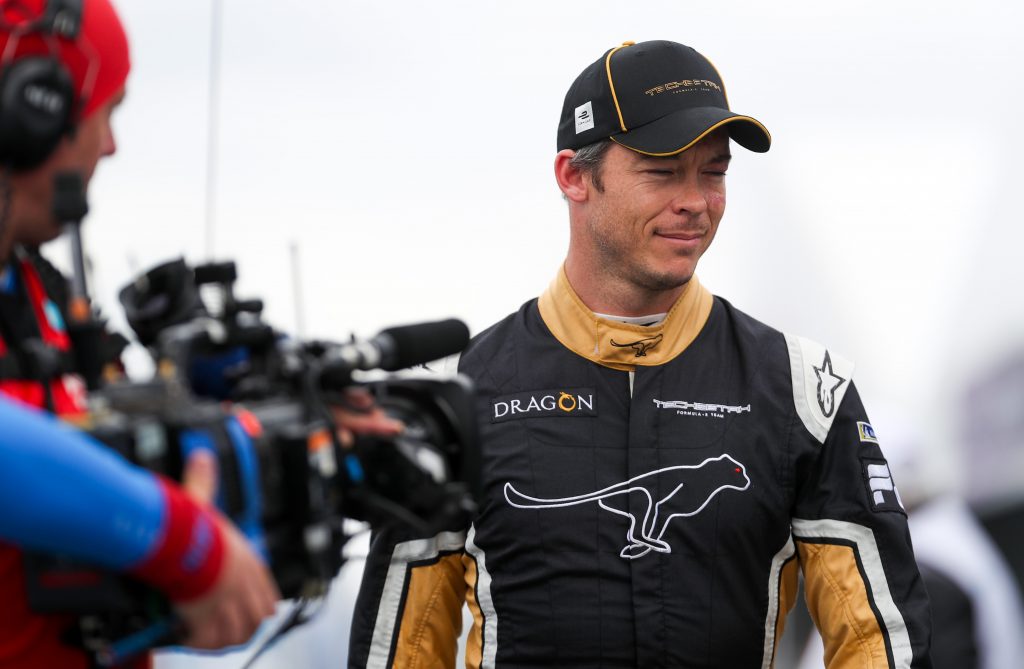 Lotterer made contact with DS Virgin Racing’s Sam Bird while passing him for second place, and made further contact while reigning champion Lucas di Grassi while defending in the latter stages of the race.

After running out of energy on the final lap of the race, Lotterer tried to maintain position but lost out to di Grassi and collided with Bird at the final corner, damaging both cars for which he has received a 10-place grid penalty for the next race in Berlin.

“Andre was overconsuming every lap in front of me, so I knew at one point he was either going to have to lift a lot or run out of energy,” di Grassi said.

“Then he did a mistake, I went side-by-side, he crashed me into the wall. Before that he was weaving around three, four times each straight so it was not very good behaviour.

“Then when he ran out of energy just before Turn 10 when I was going to overtake he tried to block me without any energy, which makes no sense and almost finished my race for the second time.”

Bird said that what is acceptable when it comes to defending a place was a topic of discussion prior to the race:

“We actually discussed in the drivers’ briefing this exact thing, where you cannot move under braking,” he explained.

“You can’t do a late swerve when people are obviously going to be overtaking, it’s not correct in any form of motorsport. I believe what we saw today from the particular driver that we’re speaking about is not correct.

“It’s too much from Andre. I had a bit of it in Punta. It’s a bit too aggressive and he needs to be told.”

Lotterer believes he did what he could to avoid the last lap collision, but the nature of the circuit made it difficult.

“On the last lap our strategy asked us to save a lot and I had [di Grassi] all over me in the mirrors and it was just a tiny bit that I should have saved more to make it,” he said on e-racing365.

“I hit the limit before Turn 10 just before I do my re-gen and if I would have hit that before that would have allowed me to accelerate to T12 and lift to the finish line. It was that close.

“I just tried to coast the best I could as it was the first time I have ever been in this situation.

“Obviously there is a lot of speed difference and [Bird] came pretty quick. I saw he was right, then left and the speed difference is so huge and I just went for the line and then we collided.

“When it’s a straight line it is ok but when it is corners it is a problem. I can’t just vanish.”