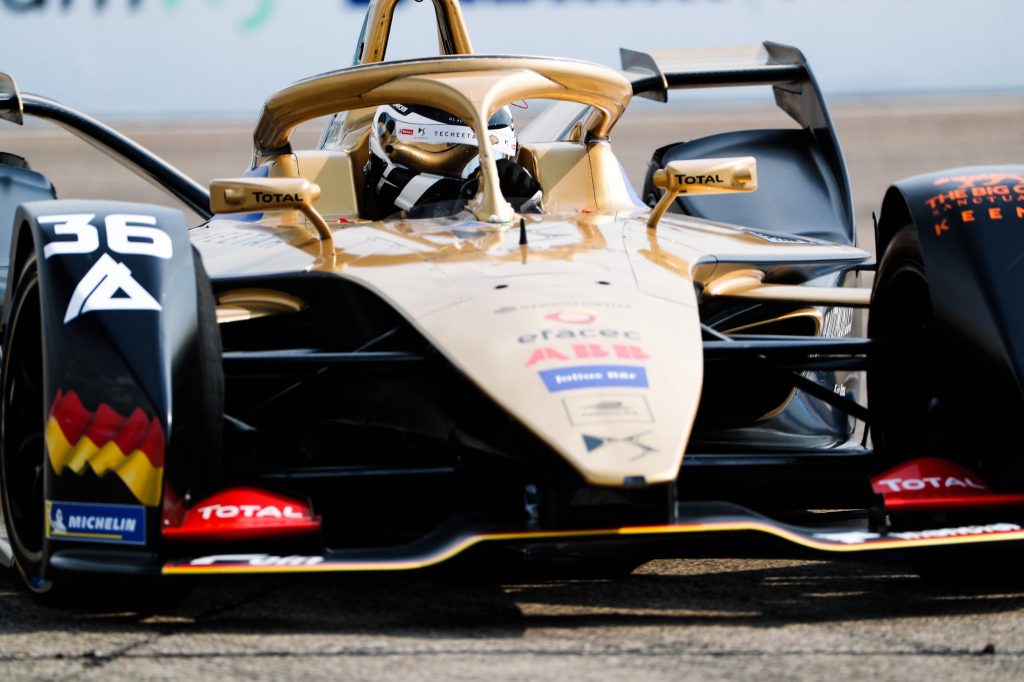 Andre Lotterer was fastest for DS Techeetah in the Berlin practice sessions for this weekend’s ABB FIA Formula E Championship race.The German put in the quickest lap, a 1:07.401, late in the session to go 0.284 seconds faster than Venturi’s Edoardo Mortara who had sat at the top of the time sheets for most of second practice.

BMW i Andretti’s Alexander Sims posted the third fastest time, having been the first to get close to Mortara’s time, finishing only 0.03 seconds behind the Swiss driver.

The second BMW of Antonio Felix da Costa finished seventh, just over half a second slower than Lotterer with a 1:07.976.

The top 10 was closely finished out by Nissan’s Oliver Rowland, Alexander Lynn for Jaguar and last year’s winner, Audi’s Daniel Abt, who only had 0.070 seconds between the three of them.

Championship leader Jean-Eric Vergne in the other Techeetah could only put in a fastest of 1:08.457 as he has not seemed happy with the car today.

Envision Virgin Racing’s Sam Bird spent most of the session in the pits after hitting a wall at the start of the session. The car was fixed with less than 10 minutes left so Bird only managed a fastest of 1:08.849 in the few laps he had available to him leaving him 21st.

Bird’s teammate, Robin Frijns, who is currently third in the championship was also in the garage for a good portion of the session but apparently that was the Virgin team’s plan for him all along. He finished 12th with a best of 1:08.120.