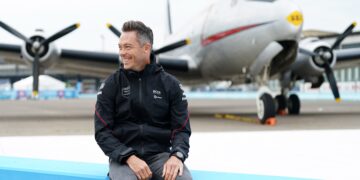 Lotterer fastest in practice for the first Berlin race

Lotterer fastest in practice for the first Berlin race 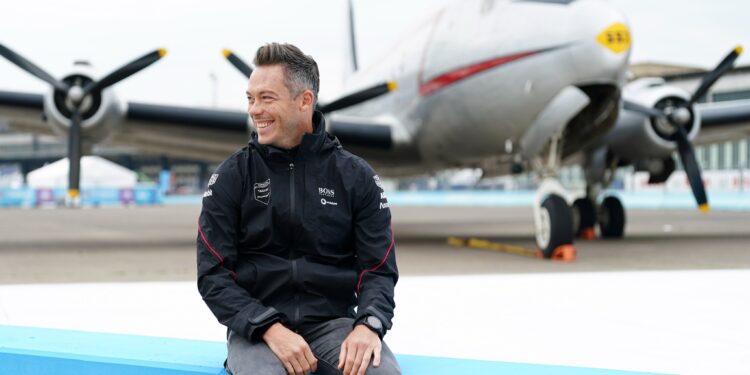 The first two practice sessions ahead of this weekend’s Berlin E-Prix were run without any real moments of drama, unsurprisingly given the majority of drivers are very familiar with the circuit given today will see Formula E’s fourteenth race around Tempelhof Airport.

The opening session saw a very close-run field with Oliver Rowland ending the session on top for Mahindra with a 1:06.270 but there was barely anything in it. The top six drivers all set times within one tenth of each other, and the top seventeen all within half a second.

It didn’t take too long for that benchmark time to be beaten in the second practice and while the times weren’t as close at the top, it is looking like a very competitive qualifying session is in store as was only one driver to set a time more than 0.750 seconds slower than Andre Lotterer’s 1:05.967.

The Porsche racer was joined by only one other driver in the 1:05s, with Venturi’s Edoardo Mortara, who had spent a lot of the session in the top spot before Lotterer’s late flyer, 0.026 seconds off the German’s pace.

Sebastien Buemi set the third quickest time for Nissan e.dams, the Swiss racer the last of those in FP2 to be within a tenth of the best time. Pascal Wehrlein, who dropped out of the lead of the Monaco E-Prix with a technical issue, ended in P4 with a 1:06.073.

Fifth fastest was Envision Racing’s Robin Frijns, 0.137 seconds behind, while it was a better session for one of the Jaguar TCS cars, as Mitch Evans finished P6. In the earlier session the Jaguars were both in the lower half of the grid and over four and a half tenths slower, but while the Kiwi managed to half that gap in FP2, his teammate, Sam Bird couldn’t and was P16.

It wasn’t only Jaguar however who had a big gap between teammates, indeed aside from the two Porsches, there were quite a few tenths separating each of the other teams two cars.

To finish off the top ten in FP2 however, were Jake Dennis in P7 for Andretti, who will be partnering up with Porsche for Gen3 powertrains. The British driver ended with a 1:06.193, a few thousandths ahead of Antonio Felix da Costa’s DS Techeetah.

After being fastest in FP1, Rowland was P9 in FP2, only managing to shave six hundredths off his first session time, while Stoffel Vandoorne, whose Mercedes-EQ team will be competing as McLaren Racing next season when Mercedes pull out of the series, was P10 with a 1:06.252, the last driver within three tenths of Lotterer’s time.